As we announced in late 2016, FactCheck.org is partnering with Facebook on an initiative that allows the social network’s users to report stories that they suspect are fake. The announcement came after concerns about the proliferation of fake stories, especially on Facebook, during the 2016 presidential campaign.

Facebook CEO Mark Zuckerberg said in a post after the election that of all the content on Facebook, “only a very small amount is fake news and hoaxes” and that it was “extremely unlikely” that hoaxes had an impact on the outcome of the election. “That said,” he added, “we don’t want any hoaxes on Facebook.”

You can view our articles that are part of this project by clicking on the blue “Facebook Initiative” button on the right side of our homepage.

Facebook users can help by reporting stories in their news feeds that they suspect are fake. We’ll show you how to do that using a story that we’ve already debunked as an example. 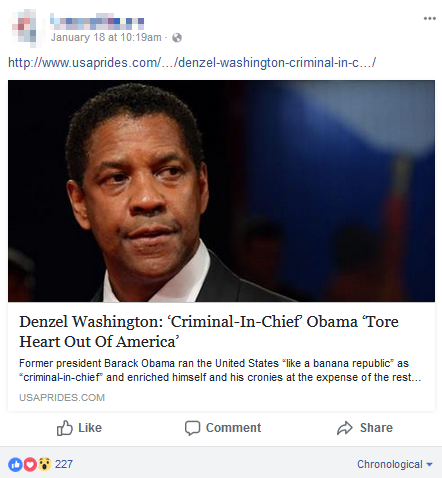 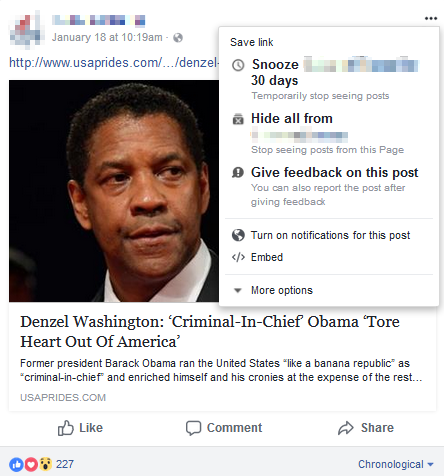 Another menu will appear. Click on “false news” and then hit “send.” 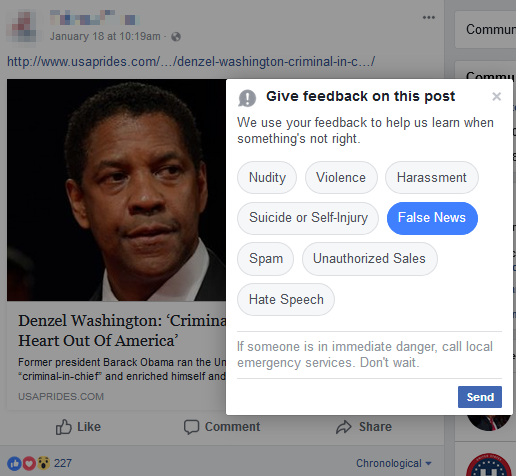 Once we’ve debunked the false story, Facebook will display links to our articles — and those from other fact-checking partners — as “related articles.” It will look like this: 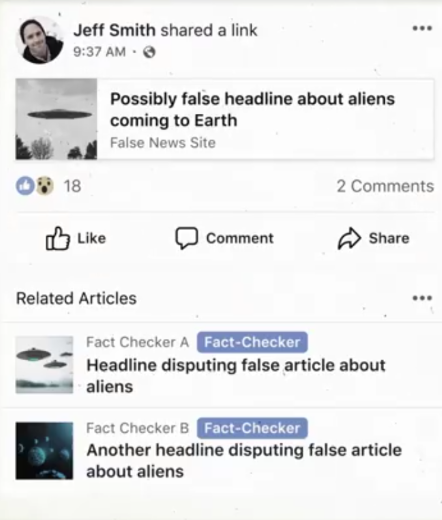 For help identifying potentially fake stories, you can read our guide to spotting fake news, or feel free to email us at editor@factcheck.org.

Update, Aug. 28: We have updated the story to reflect changes Facebook made to its procedures for reporting false news.