It is true that the trade deficit for goods and services has grown under Trump compared with the levels under his predecessor, Barack Obama, whom Biden served as vice president. But the deficit was at much higher levels between 2004 and 2008 under President George W. Bush than it has been under Trump.

As a candidate, Trump vowed to bring down the trade deficit, the difference between imports and exports of goods and services. In a campaign appearance in Manchester, New Hampshire, on June 30, 2016, Trump said of the trade deficit, “You will see a drop like you’ve never seen before.” But during Trump’s presidency, the trade deficit has gone in the other direction, despite Trump’s claims to the contrary. 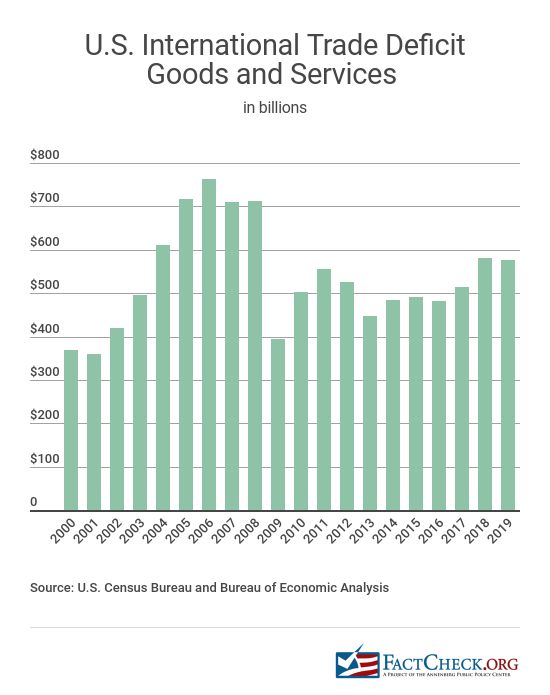 We asked the Biden campaign for support for the candidate’s assertion but received no response.

Editor’s Note: Swing State Watch is an occasional series about false and misleading political messages in key states that will help decide the 2020 presidential election.