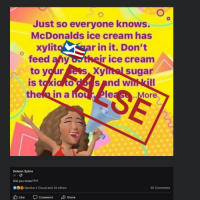 The ingredients of McDonald’s restaurant food have been the subject of bogus claims in social media posts in recent years. In April, posts falsely claimed the fast-food chain includes xylitol, which is toxic to dogs, in its ice cream. The company told us xylitol is not used in its food, and the sweetener isn’t listed as an ingredient on McDonald’s website.

A Republican super PAC that was established by a group of Republican political strategists. 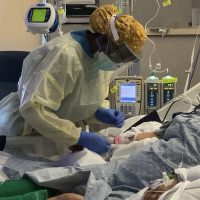 The Federal Emergency Management Agency is deploying contracted medical workers to understaffed hospitals, where they are required to comply with COVID-19 vaccine mandates. But social media posts falsely claim that “doctors and nurses are being forced to quit over the mandates,” while the workers sent by FEMA are “exempt.” 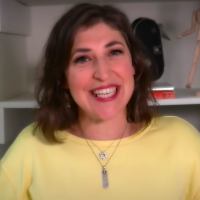 Actress and neuroscientist Mayim Bialik has expressed skepticism about vaccines in the past, but she says she and her two teenage children have received the COVID-19 vaccine. A Facebook post says Bialik “refuses to vaccinate,” leaving the false impression that she opposes COVID-19 vaccines.