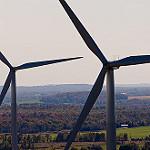 In his State of the Union address, President Obama said, “in fields from Iowa to Texas, wind power is now cheaper than dirtier, conventional power.” That is true in some pockets of the country, but the national average for coal and gas prices is still less. 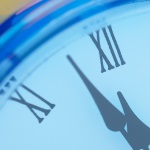 With the midterm elections now just days away, many campaigns and outside groups are making their final appeals. And, as has been the case all election season, some of the claims miss the mark.

Interior Secretary Salazar said that the amount of “developable” wind power off the East Coast could produce more energy than all the coal-fired electric plants in the U.S., and that wind’s potential to replace most of our coal power “is a very real possibility.” We find his claims to …

McCain said that Obama had voted 94 times for higher taxes or against tax cuts. He’s getting warmer — the first time we dinged him for this one, he said Obama voted 94 times to increase taxes, which is way off. This is still misleading, though. The real breakdown includes: 23 votes against tax cuts (which would have produced no increase in taxes); seven votes that would have lowered taxes for most people, but increased taxes on a few;

Credit Where it Isn’t Due

The McCain-Palin campaign is running a series of upbeat ads designed to appeal to workers in three states (Michigan, Ohio, and New Mexico – for some reason the New Mexico ad isn’t on McCain’s YouTube channel, but it sounds pretty much like the Ohio one). Sometimes even upbeat ads need a little tweaking.

Here’s the Michigan ad. In this one, McCain says that “John McCain and his congressional allies” have a plan for Michigan, including “loans to upgrade assembly lines.”

Summary
A McCain ad shows pictures of wind-driven turbines while the narrator says: "Renewable energy to transform our economy, create jobs and energy independence, that's John McCain." But, in fact, his energy plan doesn't specify any new federal spending for renewable energy and says only that he'd "rationalize" existing tax credits to provide incentives. In the past, however, he's opposed extending such tax credits when paid for by tax increases elsewhere.
The ad also insinuates that Obama would bring "higher taxes"

Summary
Obama released a national ad saying he would "fast-track alternatives" to imported oil. On closer examination, his proposal is to spend $150 billion over the coming decade on energy research. Ten years doesn't sound all that "fast" to us, and there's no guarantee that the research will result in less oil being imported.
Analysis
Sen. Barack Obama's campaign released the ad and said it would run on national cable TV networks starting July 17.