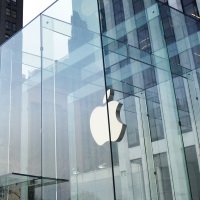 President Trump claimed that “Apple is investing $350 billion in the United States” over the next five years all because of the Tax Cuts and Jobs Act. That’s contradicted by Apple’s chief executive officer, who said that “there’s large parts of this that we would have done in any situation.”