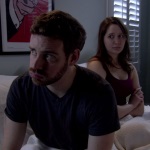 A TV ad in the Colorado Senate race says Republican Rep. Cory Gardner wants to “ban birth control,” so “you better stock up on condoms.” 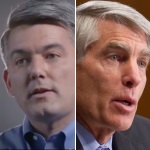 Colorado’s Senate race pits Democratic freshman Sen. Mark Udall against Republican Rep. Cory Gardner, who is in his second term in the House. 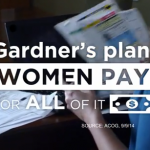 Both sides in the Colorado Senate race are misleading voters in TV ads on Republican Rep. Cory Gardner’s proposal to allow the sale of birth control pills over-the-counter.

A Fight Over Birth Control in Colorado 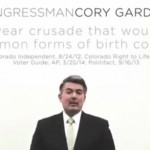 A major issue in the Colorado Senate race has been a state ballot initiative on “personhood” and what it could mean for common forms of birth control, including the pill. Neither side is quite telling the whole story.

CHARLOTTE, N.C. — On the second night of their convention, Democrats misled viewers with claims about Republican economic and social policies. Among the convention canards:

Connecticut Gov. Dannel Malloy said the Republican platform would “take away a woman’s right to choose even if she is a rape victim.” The GOP platform strongly opposes abortion, but is silent on exceptions — leaving that up to the states.
The president of Planned Parenthood said Romney and Ryan “are committed to ending insurance coverage for birth control.” That’s not true.

Is the Obama administration correct when it claims its contraception mandate will be “cost neutral” for insurance companies? Or are the critics right when they say Catholic institutions will pay a hidden cost in the form of higher premiums when their insurers are required to give “free” contraceptives …