Clearing Up the Facts Behind Trump’s ‘Clean Coal’ Catchphrase 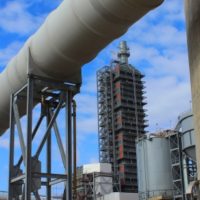 President Trump loves to extol “clean coal.” But an exceedingly small amount of coal is used in a way that most people would consider clean.

On the campaign trail, President Obama embraced the coal industry’s vision of “clean coal” technology. But even before he took office, a coalition of environmental groups (including Al Gore’s) launched ads ridiculing the idea as a myth: “In reality, there’s no such thing as clean coal.” We’re sure to hear …

Not Coming Clean on Coal

Obama's energy plan, which he began promoting well over a year ago, calls for investing in "low emissions coal plants" and creating "5 'first-of-a-kind' commercial scale coal-fired plants with carbon capture and sequestration." His position in support of clean coal has been clear.
The ad's claim rests solely on a remark Biden made when questioned while shaking hands on a rope line in Ohio.

But That’s Not the Campaign’s Position

The two new articles we posted today at FactCheck.org have a common theme: saying the other candidate for president doesn’t support something he actual does.
Check out the full articles to see how radio ads on clean coal and stem cell research are false:
Not Coming Clean on Coal
September 30, 2008
A McCain-Palin ad claims the Obama-Biden ticket opposes clean coal. Not true.
Obama’s Stem Cell Spinning
September 30, 2008
His radio ad is wrong: McCain still supports federal funding for stem cell research.