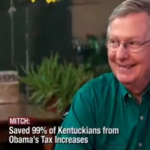 Fudging on the Fiscal Cliff Deal

In a Web video, President Barack Obama leaves out some key facts about the fiscal cliff deal, possibly leaving the wrong impression about its impact on taxpayers and the deficit:

A fog of misinformation has settled on the fiscal cliff, as both House Speaker John Boehner and Treasury Secretary Timothy Geithner have traded conflicting, misleading and false statements in recent days on the president’s deficit-reduction plan:

Geithner falsely claimed on “Fox News Sunday” that the president’s proposals to slow Medicare growth are “not shifting costs to seniors.” There are four proposals that would increase costs to some seniors by $32.9 billion over 10 years, beginning in 2017,

The U.S. faces the possibility of another recession — the third in 11 years — if President Obama and Congress cannot find a way to avoid the so-called fiscal cliff. The one-two combination of massive tax increases and spending cuts …

Facts Falling Off the Fiscal Cliff

In press conferences on the so-called fiscal cliff, House Speaker John Boehner greatly exaggerated the negative effect on the economy of raising taxes on upper-income individuals.

Boehner erred when he said that “the problem with raising tax rates on the wealthiest Americans is that more than half of them are small-business owners.” That’s incorrect. Boehner’s spokesman said the speaker simply misspoke, but Boehner is a repeat offender with this bogus claim.
Boehner repeatedly cited an Ernst &