California’s proposed fuel efficiency standards for cars don’t have anything to do with the state having the highest gas prices in the country, but that’s what President Donald Trump suggested in a tweet. 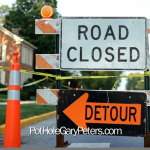 Stretching the Facts in Pennsylvania 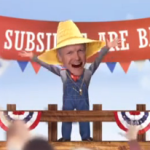 Competing ads in a Republican congressional primary in Pennsylvania go too far in their attacks related to federal farm subsidies and a vehicle mileage tax.

Is Obama Going to Tax Drivers?

Q: Does President Barack Obama support taxing motorists based on the number of miles they drive?
A: No. But it is one idea being studied as a way to replace the federal gasoline tax.

Virginia Republican gubernatorial candidate Bob McDonnell’s new ad claims that Democrat Creigh Deeds’ policies would bring $7,800 in higher taxes over four years for Virginia households. The ad would be devastating, if it were true.

Fuel for Frustration
Deeds has never proposed a "billion dollar gas tax increase," as the ad claims. It’s true that many transportation experts and legislators in Virginia have said that an additional $1 billion per year is needed to widen highways,

Summary
Senate Minority Leader Mitch McConnell of Kentucky is running an ad blaming his opponent for contributing to high gasoline prices in the state. We find that’s a big exaggeration. At most, prices are 12.1 cents per gallon higher as a result of the 1980 tax change that was favored by Democratic candidate Bruce Lunsford. That’s less than 3 percent of gas prices today, and actually less than the rise in general inflation since 1980.

McCain and the Gas Tax

Q: Do the poor drive farther than the rich, as McCain claims?
A: No. McCain is wrong when he claims repeatedly that low-income people drive more. In fact, the affluent drive twice as many miles.

Summary
Late-inning ads by both Clinton and Obama in the run-up to the Democratic primaries in Indiana and North Carolina focus on Clinton’s gas tax holiday proposal. But the ads are also misleading.

Clinton’s ad claims motorists would save $8 billion during her summer "holiday," not mentioning that no economists agree with her. She herself didn’t name one when asked in a weekend tv interview.

Obama’s ad accuses Clinton of "pandering" to voters, then ticks through the elements of his plan —

Hillary Clinton and John McCain are offering overburdened motorists a federal “gasoline tax holiday.” But economists say that the proposal is unlikely to actually lower the price of gasoline. McCain’s plan would essentially give federal funds to oil refineries, while the net effect of Clinton’s plan probably wouldn’t be much at all, although it would create a lot of new administrative work.

Q: Does the government really make more in taxes from the sale of a gallon of gasoline than the oil companies do?
A: Possibly. Both taxes and profits account for a large share, but which is larger depends on too many unknown factors to allow for a clear answer.