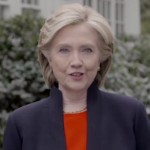 Hillary Clinton has made it official: She will run for president in the 2016 race. Here’s a look back at some of the claims from Clinton that we’ve fact-checked over the years.

The Truth About Tire Pressure

Summary
We are issuing a split decision in the Obama vs. McCain dispute over whether proper tire inflation could save as much oil as expanded offshore drilling is likely to produce.
We find that proper tire inflation could save more than a billion gallons of fuel per year and do it several years sooner than expanded drilling could produce a single drop. McCain has exaggerated by representing Obama’s suggestion as a silly notion or implying that it constitutes his entire energy policy.

Summary
Senate Minority Leader Mitch McConnell of Kentucky is running an ad blaming his opponent for contributing to high gasoline prices in the state. We find that’s a big exaggeration. At most, prices are 12.1 cents per gallon higher as a result of the 1980 tax change that was favored by Democratic candidate Bruce Lunsford. That’s less than 3 percent of gas prices today, and actually less than the rise in general inflation since 1980.

Q: Why does diesel fuel cost more than gasoline?
A: The main reason is rising global demand, but new environmental restrictions and higher federal taxes also are factors.

Clinton and Obama both strained the facts at times during their debate in Philadelphia.

Clinton said "people died" in 1970s bombings by a radical group of which an Obama acquaintance was a member. In fact, the deaths were of three members of the Weather Underground itself, who died when their own bombs accidentally exploded.
Obama said, "I have never said that I don’t wear flag pins or refuse to wear flag pins." Actually,

Q: Does the government really make more in taxes from the sale of a gallon of gasoline than the oil companies do?
A: Possibly. Both taxes and profits account for a large share, but which is larger depends on too many unknown factors to allow for a clear answer.

Facts Of The Union

We found some puffery in President Bush’s State of the Union address.