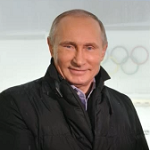 Russian President Vladimir Putin was wrong when he tried to deflect questions about Russia’s anti-gay propaganda laws by claiming that “in some of the states in the U.S., homosexuality remains a felony.”

On this week’s Sunday talk shows, we didn’t find any whoppers, or even major errors, by politicians. But there were still a few missteps about the nation’s economy, a federal judge’s sexual orientation and an economist’s political leanings.
Understating the Underperforming GDP
On ABC’s “This Week,” former Bush speechwriter Michael Gerson was slightly off when talking about the nation’s gross domestic product. He said: “You can’t create jobs at a level we need in this economy without about a 4 percent growth rate,