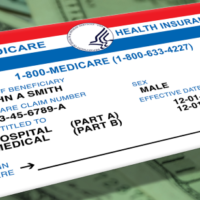 In a Florida speech about senior citizens, President Donald Trump made misleading comparisons of Medicare costs under his administration and his predecessor’s. 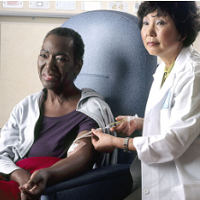 Health and Human Services Secretary Alex Azar has described a new policy as “unleashing our Medicare Advantage plans to negotiate discounting on $12 billion of drugs.” Some patient advocacy groups have described the policy as one that “could erect barriers to care for cancer” and put “insurers in control of treatment decisions.” We’ll explain what the new policy entails. 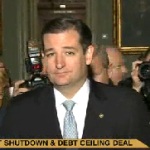 Sen. Ted Cruz says his “fight against Obamacare must continue,” and so must our fact-checking of claims about the law.

Would the sheriff of Mayberry mislead you about Medicare? Alas, yes.
In a new TV spot from the Obama administration, actor Andy Griffith, famous for his 1960s portrayal of the top law enforcement official in the fictional town of Mayberry, N.C., touts benefits of the new health care law. Griffith tells his fellow senior citizens, "like always, we’ll have our guaranteed [Medicare] benefits." But the truth is that the new law is guaranteed to result in benefit cuts for one class of Medicare beneficiaries —

We’re in the Record

Saturday’s Senate debate on the health care bill included a few mentions of yours truly, FactCheck.org.
Our work was cited on Dec. 2 by Sen. John McCain, who quoted from our Oct. 20, 2008, article. Three days later our article made the Congressional Record yet again. This time, it was prompted by Sen. John Kerry who said this on the Senate floor, quoting from a Wall Street Journal news story from last year:

It’s the battle of the voice mail messages.
First, Sen. John McCain launched a robocall this week, claiming that spending cuts to Medicare in the Senate health care bill would eliminate “vital Medicare coverage for our seniors” and promoting his amendment to strip the bill of all those Medicare cuts. He recorded a similar call for the National Republican Senatorial Committee. Thursday night, the liberal group Americans United for Change launched a counter-call, which tells recipients: "You may have received a political call that tries to frighten seniors —

Last year, Sen. John McCain’s presidential campaign proposed cuts to Medicare spending to finance his health care overhaul proposal. This year, Senate Democrats have proposed cuts to Medicare spending to finance their health care overhaul proposal.
Last year, the Obama camp promptly attacked McCain, falsely claiming, as we pointed out, that the Republican was going to reduce benefits and that seniors would "receive fewer services, and get lower quality care." This year (this week, in fact),

Last week House Republican Leader John Boehner’s office issued a "Leader Alert" titled "10 Facts Every American Should Know About Speaker Pelosi’s 1,990-Page Gov’t Takeover of Health Care."
It’s a partisan document containing misleading characterizations of the bill. But the bullet point that bothers us most is #2, which reads:

MASSIVE CUTS TO MEDICARE BENEFITS FOR SENIORS. Despite grave warnings from CBO, FactCheck.org, and the independent Lewin Group that cuts to Medicare of the magnitude included in Speaker Pelosi’s bill would have a negative impact on seniors’

AHIP on the Attack: 50 Percent of What?

Almost immediately after releasing an incomplete report on the supposed increase in premiums that the Senate’s health care overhaul bill would trigger, the health insurers’ trade group took to the airwaves with a TV ad claiming the bill would shortchange millions of seniors.

This ad, which is sponsored by America’s Health Insurance Plans, screams for context.
As we’ve written previously, it’s true that about 10 million seniors are on Medicare Advantage, as the ad says, which means they’ve chosen to get their benefits from a private insurer instead of through the fee-for-service route that 78 percent of Medicare recipients use.