Beds for Olympic Athletes Were Not Designed for COVID-19 Concerns 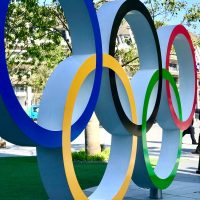 Participants in the 2020 Olympic Games will be subject to many COVID-19 rules. But social media posts and a news report falsely claim athletes will be sleeping on specially made, flimsy “anti-sex beds” to prevent intimacy and COVID-19 infection. The beds were designed before the pandemic and can bear more than 400 pounds, the mattress company said.

With Rick Santorum attacking Mitt Romney for “hypocrisy” regarding his requests for Olympic earmarks, competing claims about taxpayer support for the 2002 Salt Lake City Olympics are flying from all sides. But when it comes to presenting the facts, none of them stick the landing.

A Romney spokeswoman downplayed Romney’s efforts as “seeking money for post-9/11 security at the Olympics.” But there was a lot more to it than that. The Salt Lake City Organizing Committee under Romney requested —