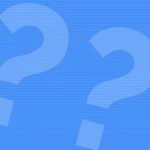 This video from FlackCheck.org addresses some of the claims that the Democrats have repeatedly made during debates.

Another Zero Pay Increase for Congress

Contrary to persistent Internet rumors — which we debunked in "Zero Pay Raise for Congress, Too" on Sept. 25, 2009, and again in "Retribution Fabrication" on Jan. 8 — there was no pay raise for members of Congress this year. Congress voted over a year ago to deny itself the automatic increase that would have gone into effect in January.
And now there will be no pay raise for House or Senate members next year, either.

Q: Did Obama propose a 1.4 percent pay increase for the military, the lowest since 1973?
A: Yes. Military pay raises are based on the Employment Cost Index, which grew very little this year.

Q: Did Obama grant federal workers a pay raise for next year when Social Security recipients are getting no increase?

A: The president acted to hold down the federal pay raise to 2 percent next year.