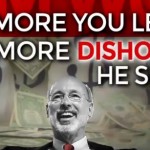 We’ve noticed that the most deceitful attack ads often come from candidates who are most desperate. For example, consider the claim by Pennsylvania’s unpopular Republican Gov. Tom Corbett that his opponent “is promising to raise middle-class taxes.”

A Meg Whitman ad falsely accuses her opponent in the California GOP gubernatorial primary of presiding over a spending increase of nearly 14 percent in the department he headed as state insurance commissioner. The true increase is half that.

The smackdown between Whitman and Steve Poizner has tightened up in the weeks since we found big factual problems in one of Poizner’s ads last month. Both candidates are straining to cast themselves as "real" Republicans and to label the other as a RINO –

Q: Does Rahm Emanuel pay property taxes?
A: The president’s chief of staff does pay taxes on his home. Failed attempts to find his records are the fault of shoddy research.