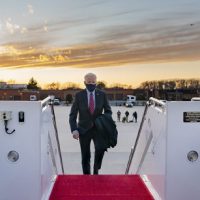 President Joe Biden got some facts wrong and spun others in a Feb. 16 town hall that aired on CNN. 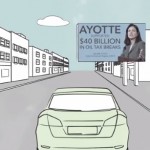 Who says Congress can’t get anything done? As a new TV spot in New Hampshire once again demonstrates, it excels at grinding out symbolic votes that become fodder for political attack ads.

The Obama-Biden campaign has released a radio ad in Indiana featuring favorite native son John Mellencamp. In the ad, Mellencamp says, “John McCain will keep giving tax breaks to companies shipping American jobs overseas.”
Mellencamp is referring to an aspect of the tax code that allows companies to skirt paying U.S. corporate taxes on profits they make overseas and leave overseas. But economists have consistently said this tax provision isn’t a major reason jobs are being sent abroad.

Palin threw out an old canard when she criticized Obama for voting for the 2005 Energy bill, saying, “that’s what gave those oil companies those big tax breaks.”
It’s a false attack Clinton used against Obama in the primary and McCain himself has hurled. It’s true that the bill gave some tax breaks to oil companies, but it also took away others. And according to the Congressional Research Service, the bill created a slight net increase in taxes for the oil industry.

Q: What kind of tax breaks does the U.S. give to oil companies and to corporations that send jobs overseas?
A: Companies with overseas subsidiaries can keep their income untaxed by the IRS if they don’t transfer that revenue back to the U.S. Oil and gas companies received tax breaks and subsidies from a 2005 energy bill, but the bill led to a net tax increase for them.