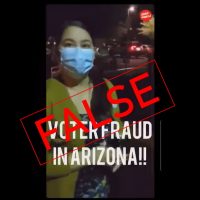 The falsehood that votes for President Donald Trump weren’t counted in Arizona because the ballots were filled out with Sharpie pens spread widely on the day after the election. But the county where the claim originated actually recommends that voters use fine tip Sharpies to fill out their ballots. 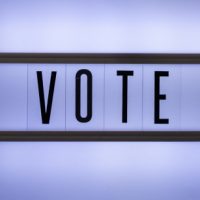 Several posts on social media have made false or misleading claims alleging voter suppression and voting fraud across the United States. 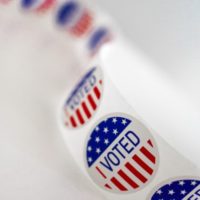 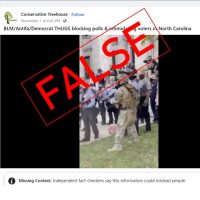 Social media posts falsely claim that a video shows get-out-the-vote marchers in North Carolina were pepper-sprayed by police because they were “blocking polls & intimidating voters.” The nearest voting place was a block away from the marchers’ rally, and the governor said the police engaged in “voter intimidation.” 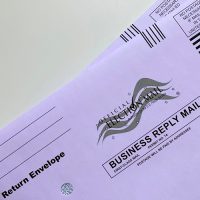 A popular Instagram post suggests nefarious actors are misrepresenting trash cans in Philadelphia as ballot boxes. The signs seen in the images were actually part of a poorly conceived advertising effort for an exhibit about voting rights — and they were quickly removed. 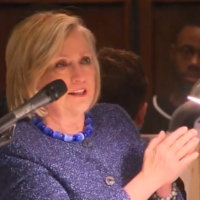 In remarks in Alabama, Hillary Clinton took aim at state laws that she said disenfranchise minority voters. But she went too far in a couple of instances when discussing the impact of Wisconsin and Georgia laws in the 2016 election, when she ran for president.