A ‘Willie Horton’ Ad in Nebraska 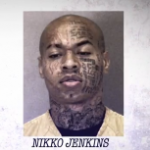 Every now and then we see a powerful attack ad that is factually accurate, but makes such a strong appeal to fear that we urge viewers to pause to consider all the facts. That’s the case in Nebraska. 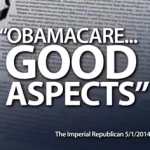 Club for Growth Action takes a newspaper article out of context to portray Republican Nebraska Senate candidate Sid Dinsdale as “really liberal” because he said “Obamacare has some good aspects.”

‘Fact’ Lifted Out of Context in Nebraska 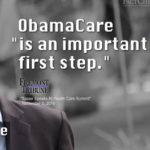 A super PAC ad rips a quote out of context in an attempt to portray Republican Senate candidate Ben Sasse as an early supporter of the Affordable Care Act.

A ‘Risky’ Trio for Seniors?

An ad approved by Democratic Sen. Ben Nelson of Nebraska twists the facts about what three potential GOP opponents have said about Social Security and Medicare.

While showing a photo of an elderly couple, the ad accuses Jon Bruning of embracing a Medicare plan that could “raise your rates and cut your benefits.” But only those 54 years old or younger would have been affected by the plan.
It says Deb Fischer “would also cut Medicare.” But that’s based on her support for a bill that specifically exempted Medicare spending,