Who’s Fooling Whom in Alabama? 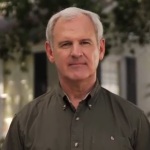 The mystery of who was behind a largely bogus attack ad in Alabama’s Republican gubernatorial runoff election has been solved. The answer: the Alabama Education Association, an organization headed by the co-chairman of the state Democratic Party.
But don’t look for the answer in the state Elections Division. You have to go the IRS to track down the shadowy group’s financing.

According to IRS reports, the Conservative Coalition for Alabama formed on June 22 as a 527 political committee.

The big question in the final days of Alabama’s runoff election for the GOP gubernatorial nomination isn’t just who is going to win the tight race between Bradley Byrne and Robert Bentley. It’s the mystery of who’s behind a largely bogus TV ad attacking Byrne. …