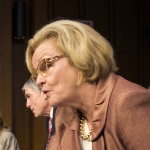 Sen. Claire McCaskill called on Attorney General Jeff Sessions to resign for failing to disclose during his confirmation hearing that as a senator he met twice with the Russian ambassador in 2016. She then wrongly said she had “no call from, or meeting with, the Russian ambassador. Ever.”

The conservative group Crossroads GPS has launched a $7 million ad campaign targeting President Obama, five Democratic senators and 10 representatives. A lot of the content in the ads …

Senate Democratic leaders, under pressure from Republicans to cut the budget, have been misleading the public by claiming they already have "cut" spending by $41 billion.
The fact is that the Democrats haven’t "cut" any spending. Congress hasn’t passed a budget for fiscal year 2011, and the nonpartisan Congressional Budget Office says federal spending continues to rise.
First a little background: House Republicans passed legislation in the early morning of Feb. 19 that would fund the federal government for fiscal year 2011.

Voters in Tennessee, Missouri and Virginia – three states where polls have shown the Senate candidates to be neck-and-neck – have been particularly swamped with ads.