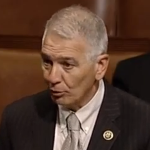 Social Security: (Mostly) in Their Own Words

Call it senior scare. In race after race, Democrats running for Congress are using their opponents’ criticisms of Social Security against them — sometimes accurately, and sometimes not: Rep. Steve Kagen’s ad accurately quotes Reid Ribble …