Vying for Veterans’ Votes in Nevada 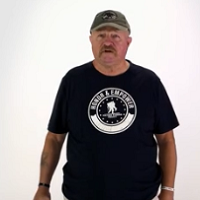 Competing campaign ads in the Nevada Senate race would have voters believe both candidates have done a disservice to veterans. But a closer inspection reveals cracks in several of the claims.

Obamacare for the Mortgage Industry? 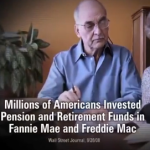 A slate of new ads from the 60 Plus Association evoke a well-worn conservative punching bag — “Obamacare” — to attack seven senators for supporting a lesser-known plan to overhaul the housing finance market.

Dueling attack ads from outside groups in the Nevada Senate race rely on twisted facts. An ad from the conservative American Crossroads attacks Democratic Rep. Shelley Berkley for an ethics probe related to her efforts on behalf of a kidney program and kidney doctors, including her husband. And an ad from the left-leaning Patriot Majority distorts Republican Sen. Dean Heller’s record on taxes and Medicare.

The American Crossroads ad falsely claims Berkley has been “charged.” The House Committee on Ethics has not yet determined whether to launch a full investigation.

In tweets to her followers, Nevada Rep. Shelley Berkley claims her Republican opponent for U.S. Senate voted to “kill Medicare” and to “effectively ban contraception.” Both statements are untrue.
Sen. Dean Heller supported failed Republican legislation that would have substantially changed Medicare — in 2022 — to a program that subsidizes private insurance plans for seniors. But the entitlement would not have ended. Heller also voted for the so-called “Blunt amendment,” which would have allowed an employer to deny coverage of specific items or services contrary to the employer’s religious beliefs or moral convictions.