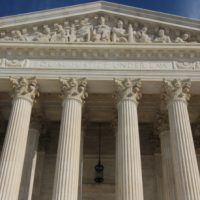 The U.S. Supreme Court heard oral arguments Jan. 7 challenging the Biden administration’s attempts to expand COVID-19 vaccinations. Here we present the facts on some COVID-19 claims made by the justices.

Republicans at the Conservative Political Action Conference this past weekend strayed at times from the facts, although for the most part, they stuck to expressing their low opinions of the current administration and its policies. …

On the Sunday before confirmation hearings kicked off for Supreme Court nominee Elena Kagan, we heard several misleading comments having to do with her or nominations of earlier years. We also found no evidence to back up Sen. John Cornyn’s claim that the new health care law was negatively impacting seniors’ access to health care. And Sen. Lindsey Graham’s assertion that Rahm Emanuel said it’s administration "policy" to pull troops out of Afghanistan "in large numbers"

In episode 12 of FactCheck Radio, we look at false and misleading claims made on the Sunday talk shows about Supreme Court nominee Elena Kagan. Plus, we examine whether immigration — both legal and illegal — hurts American workers.

The Sunday talk shows contained ample misinformation this week. Supreme Court nominee Elena Kagan was the subject of bogus claims coming from two lawmakers, and a Democratic candidate for Senate fudged the facts about his military record. Also, a Republican former House speaker played loose with the facts, while accusing the president and his party of "anti-religious bias."
Kagan: No Lawbreaker
On ABC’s "This Week," Republican Sen. Jeff Sessions falsely accused Supreme Court nominee Kagan of "violating the law."