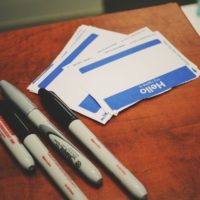 Social media posts claim some well-known Democrats are “fraudulent and corrupt” for not using “their real names.” But in some cases, the posts refer to them by an incorrect name, a nickname, a middle name or a maiden name.

FactChecking Day 2 of the DNC 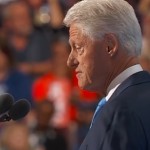 Misleading claims at the convention touched on health care, approval ratings and incarceration.

Sen. Rand Paul says it “took 13 hours of filibuster” to finally force the Obama administration “to say, no, we won’t kill noncombatants in America.” In fact, Attorney General Eric Holder said “no” at a Senate hearing shortly before Paul began his filibuster.
“After much gymnastics I am very glad to hear that it is the opinion of the Department of Justice that it would be unconstitutional to kill a U.S. citizen on U.S. soil if that individual did not pose an imminent threat,”

Call this one the Axelrod Edition. President Obama’s senior adviser, David Axelrod, was on three of the political talk shows on July 11, and we found that he strayed from the factual straight-and-narrow several times in talking about the oil spill, border security and other issues.
We also found Republican congressman Brian Bilbray overstating support for an immigration bill and Attorney General Eric Holder repeating a claim we’ve critiqued before about how many terrorism trials have taken place in the civilian justice system.