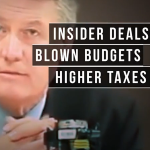 A Narrow View of Barrow’s Record 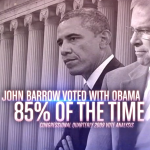 A Republican campaign group uses selective evidence to support a Georgia mother’s claim in a TV ad that Rep. John Barrow “votes with Barack Obama on every issue that’s important to us here in Georgia.”

A Web video attacking Rep. John Barrow for taking “NRA blood money” selectively edits an old campaign ad in which Barrow touts his support for the Second Amendment and the NRA’s endorsement of him. The Coalition to Stop Gun Violence, which produced the video, edited out all references in which Barrow explains why he supports gun rights — including his statement that his father owned a rifle “just to keep us safe.”
Barrow’s late father, James,