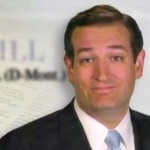 Don Benton, a Republican from Washington state who is running for U.S. Senate against Democratic Sen. Patty Murray, is airing a false and misleading ad that says: "Patty Murray voted to use taxpayer money to give Viagra to sex offenders.” The ad goes on to say, “What if I told you your taxpayer dollars are already doing that?”
It ends by urging viewers to “tell Patty Murray that you’re sick of her reckless spending.”

In a graphic on screen,