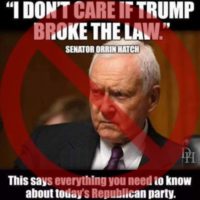 Congressional Republicans have made versions of the claim that abortions make up 94 percent of Planned Parenthood’s “pregnancy services.” That misleading figure only counts certain direct services to pregnant clients.

Tea party-aligned FreedomWorks for America has launched campaigns against several Republicans whom it deems too moderate, including Senate veterans Orrin Hatch and Richard Lugar. But some of the group’s claims miss the mark. A TV ad targeting Hatch …