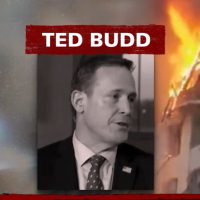 In late February, Republican Rep. Ted Budd described Russian President Vladimir Putin as “erratic,” a “thug” and “intelligent.” He also said Putin has “strategic reasons” for wanting to “protect” his country’s borders, but called Russia’s invasion of Ukraine “evil” and pledged support for Ukrainians. But a new TV ad from Republican Pat McCrory cherry-picks from Budd’s remarks to claim the congressman “excuses Putin” for Russia’s deadly attack on Ukraine. 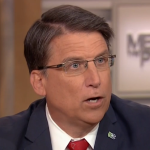 It didn’t take long for the governor’s race in North Carolina to turn ugly. Although it’s only June, Republican Pat McCrory and Democrat Walter Dalton both find themselves under attack from outside groups spending heavily on misleading TV ads:

A Democratic group claims McCrory, a former mayor of Charlotte, “used his position as mayor to lobby state government for millions in tax breaks” for a company that paid him “over $140,000 to sit on its board.”