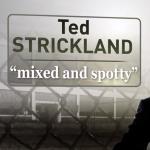 The Service Employees International Union claims that GOP gubernatorial candidate John Kasich, a former Lehman Brothers executive, "got rich, while Ohio seniors lost their pension money" in an ad that makes a weak attempt to connect Kasich to the pension losses.
It’s true that Kasich, who’s running against Democratic Gov. Ted Strickland, made a hefty sum working for the financial firm in 2008, the same year it collapsed. And he admits to setting up meetings between Lehman and state pension officials.