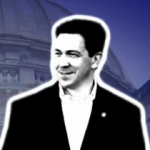 A super PAC backing Sen. Thad Cochran in the Mississippi GOP primary falsely claims state Sen. Chris McDaniel has “the worst attendance record in the state Senate,” and exaggerates the importance of votes he missed. 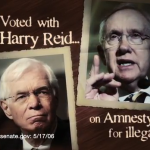 Ads criticizing the Affordable Care Act make the general claim that it’s “hurting” families. Some families could pay more for insurance, but millions of the uninsured will gain coverage. And millions will get subsidies to help pay for coverage. 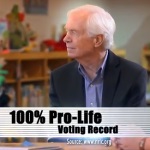 The Republican primary for U.S. Senate in Mississippi has what the Mississippi Right to Life calls “two really good pro-life candidates.” Yet, the candidates are engaged in a spirited — and deceptive — fight over abortion. 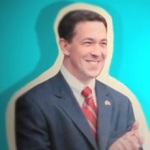 A super PAC supporting Mississippi Sen. Thad Cochran is trying to turn the tables on his tea-party-backed challenger in the GOP primary.

A super PAC formed in 2013 with the goal of pushing the Republican Party further right.

No Secret: Bachmann Gets It Wrong

Rep. Michele Bachmann's claim that Democrats "secretly" hid $105 billion in health care spending is way off base. It's true that the new health care law contains many billions in future spending, but there was no secret about that.
The Minnesota Republican told "Meet the Press" host David Gregory that "secretly, unbeknownst to members of Congress, over $105 billion was hidden in the Obamacare legislation to fund the implementation of Obamacare." But the truth is that much,