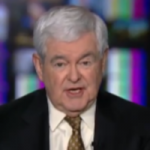 Newt Gingrich claimed that a Democratic National Committee staffer “apparently was assassinated” after “having given WikiLeaks something like … 53,000 [DNC] emails and 17,000 attachments.” But there’s no evidence for his claim.

The Democratic National Committee takes Tim Pawlenty's comments on his presidential campaign out of context. In a web video posted May 22, the DNC claimed that Pawlenty said, "I don't know," in response to a question about why he was running. But the reporter had asked when the former Minnesota governor knew that he wanted to be president — not why.

The DNC was quick to criticize Pawlenty, posting the video the same day he announced that he would run in another web video.