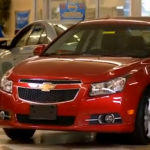 Q: Did General Motors repay its TARP loan from the Treasury with other TARP money?
A: Yes. GM repaid the loan portion of the automaker bailout ahead of schedule, with interest. It used TARP money it had already received but hadn’t spent. And taxpayers are still stuck with GM stock that isn’t worth what was paid for it.

We found a few claims worthy of comment on the Sunday political talk shows.
On NBC’s "Meet the Press," Republican Sen. Richard Shelby of Alabama said that President Obama was being "misleading" when he boasted about General Motors and Chrysler repaying the government:

"Meet the Press" host David Gregory: The president was boasting yesterday that GM and Chrysler have paid off their debts, not completely, but, but, but way ahead of schedule. TARP is now $186 billion back.