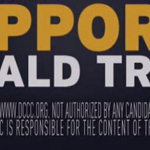 Voters in New York’s 23rd congressional district – where a special election has been forced by the appointment of former GOP Rep. John McHugh to be secretary of the Army – may be finding themselves a bit confused. Dede Scozzafava is pro-choice and has supported gay marriage, and has been endorsed by Markos Moulitsas, creator of the liberal Daily Kos blog. But she’s the Republican in the race. The conservative Club for Growth, meanwhile, is backing a third-party candidate,

On May 28, the National Republican Congressional Committee announced a new ad campaign attacking Democratic House members by attempting to tie them to Speaker Nancy Pelosi’s winding story of what the CIA did or did not tell her about U.S. interrogation techniques. The NRCC says it plans to target 20 Democrats with mailers, robocalls, TV and radio ads; it announced that robocalls and radio spots will run in 17 districts. So far we have seen one television ad,

But on March 16, the Albany Times-Union reported that the ad had been pulled after running just twice.

The latest ad from New York State Assembly Minority Leader Jim Tedisco, a Republican, says that the Albany Times-Union and FactCheck.org have called Democratic challenger Scott Murphy’s advertising "unfair" and "false," respectively. The two men are vying for an open House seat representing New York’s 20th congressional district. The ad doesn’t specify which "attack" the Times-Union was calling "unfair," or which claim from Murphy’s advertising we called "false." Here are the details:
It’s true that we and the Times-Union called out the Murphy campaign for claiming that Tedisco wouldn’t say whether he supports caps on salaries for executives of companies receiving bailout money (he has said he supports the idea).

Two days ago on our main site, we analyzed several ads in the special election to replace now-Sen. Kirsten Gillibrand in New York’s 20th congressional district. But it looks like we missed some. Our Country Deserves Better PAC (a group we’ve chided in the past for an ad echoing claims found in false chain e-mails) has released a pair of TV spots in the district, attacking Democratic candidate Scott Murphy.
One ad says that Murphy has a "shameful record of attacking our military men and women":

Since President Obama plucked at least three advisers and cabinet members from elected positions, and some of those positions were then filled by other elected officials, we have a spate of special elections to watch as these empty posts are filled. Of particular note is the 20th House district in New York that was vacated when Kirsten Gillibrand was appointed to replace Hillary Clinton as senator. The district had traditionally trended Republican before Gillibrand’s win in 2006,

Believe it or not, ads for the midterm elections are on the air already. The Democratic Congressional Campaign Committee announced radio ads this week that attack 28 House Republicans for voting against such how-could-they-possibly-oppose-them measures as “tax breaks … for American workers” and creating and saving “over 390,000 New York jobs.” But, as we pointed out today on our main site, these ads don’t tell the whole story.
Most of the radio spots refer to votes against the massive stimulus bill,