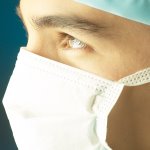 A new analysis on the Affordable Care Act prompts Republicans and the White House to trade misleading claims about the law’s impact on insurance premiums. Predictably, one side says they’ll go up; the other says they’ll go down. But both are stretching the facts, just as they’ve been doing since 2010, before the law was even enacted.

AHIP on the Attack: 50 Percent of What?

Almost immediately after releasing an incomplete report on the supposed increase in premiums that the Senate’s health care overhaul bill would trigger, the health insurers’ trade group took to the airwaves with a TV ad claiming the bill would shortchange millions of seniors.

This ad, which is sponsored by America’s Health Insurance Plans, screams for context.
As we’ve written previously, it’s true that about 10 million seniors are on Medicare Advantage, as the ad says, which means they’ve chosen to get their benefits from a private insurer instead of through the fee-for-service route that 78 percent of Medicare recipients use.