The Facts on CBO’s Immigration Report 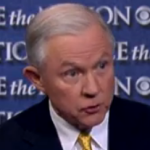 Two senators opposed to the Gang of Eight immigration bill are telling only half the story with their claims that the nonpartisan Congressional Budget Office warned the bill would be bad for wages and unemployment. 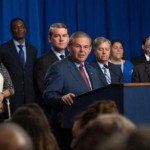 Critics of a bipartisan Senate bill to overhaul the nation’s immigration system falsely claim that it will cost an additional $6.3 trillion, citing a study by a conservative group that opposes the bill.

Sen. Jeff Sessions wrongly claimed that federal revenues "went up every single year" after the Bush tax cuts were "put in." Actually, federal revenues declined for three straight years after the first tax cut was signed in 2001.
The Alabama Republican made his statement on "Face the Nation."

Sessions, July 10: The revenue went up every single year after those tax cuts were put in. The revenue is down now because of the low economy.

In a highly competitive race for an open U.S. Senate seat in Missouri, Secretary of State Robin Carnahan accuses Republican Rep. Roy Blunt of supporting a “Big Oil bailout” and sticking the taxpayers with the cleanup costs. We find the charges to be false.