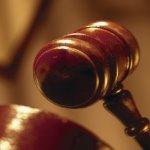 President Obama incorrectly claims that the Senate has taken three times longer to confirm his court nominees than those of his predecessor, George W. Bush.

Even when a fisherman catches a big one, the fish tends to grow each time the story is told. Politicians are like that, too, especially when Election Day approaches. President Barack Obama and Speaker of the House Nancy Pelosi gave us recent examples of that kind of hyperbole. Pelosi improved on reality, when she claimed Bush created fewer jobs in eight years than Democrats have done in eight months. And Obama exaggerated the GOP’s stalling tactics,