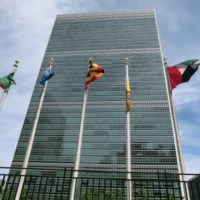 Q: Does the Obama administration intend to “force gun control and a complete ban on all weapons for U.S. citizens” through a United Nations treaty?

A: No. The administration plans to negotiate a treaty to regulate the international export and import of weapons. It says that it won’t support any treaty that regulates the domestic transfer or ownership of weapons, or that infringes on the Second Amendment.

Q: Has Obama found a “legal way around the Second Amendment”?
A: The administration’s agreement to talk about writing a United Nations treaty to regulate arms exports and imports is a far cry from banning possession of firearms, which Obama says he doesn’t want to do and the Supreme Court has said can’t be done anyway.