40% of Americans Pay No Taxes?

Q: Do 40 percent of Americans pay no taxes?
A: About 38 percent of households have zero or negative income tax liability, but they pay other federal taxes.

No Personal Use of Campaign Money

Q: Can the presidential candidates keep their campaign money?
A: No. They can donate any contributions they haven’t spent to charities or political parties, and they can pay leftover campaign bills. The big rule is: no personal use. 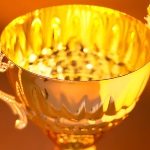 For those readers who’ve stuck with us through a lot of in-depth reporting on complex issues, we offer these just-for-fun awards for some of the most entertaining, most egregious, most off-the-wall or just plain grossest ads this election cycle.

The Obama-Biden campaign’s closing arguments have included some oft-repeated but still unlikely promises. Sen. John McCain and Gov. Sarah Palin, meanwhile, served up some new misleading claims in the waning days of the campaign. We examine their final pitch to voters in another article, “Closing Arguments: McCain.” Here we take one last look at Sen. Barack Obama’s claims.

With just hours remaining before Election Day, both the Obama-Biden and McCain-Palin campaigns are making their final pitch for your votes. Sen. Barack Obama hopes to hold off a late-inning McCain rally by repeating several unlikely promises, which we examine in another article, “Closing Arguments: Obama.” Meanwhile, hoping to prove the pollsters wrong, John McCain and Sarah Palin flog some new attempts to cast doubt on Obama’s character; one concerns a seven-year-old interview and another, a five-year-old video.

Q: Who spent more money on advertising, McCain or Obama?
A: Overall, Obama has outspent McCain by nearly 3-to-1, but in the closing week it’s been closer to 5-to-1.