Republican presidential hopeful Newt Gingrich has appeared in our fact-checking stories before. We’ll be taking a close look at the claims he makes on the campaign trail, now that the former House speaker has decided he will run. So we’ll be listening to see if he repeats statements along these lines:

At a GOP event in Iowa in March, Gingrich said that he "helped balance the federal budget for four straight years." Not exactly. He was in Congress for only two of those years.

Is Obama Going to Tax Drivers?

Q: Does President Barack Obama support taxing motorists based on the number of miles they drive?
A: No. But it is one idea being studied as a way to replace the federal gasoline tax. 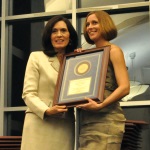 We are happy to announce that the staff of FactCheck.org has won a 2010 Sigma Delta Chi Award from the Society of Professional Journalists.

FactCheck Mailbag, Week of May 3-9

This week, readers sent us congratulations on our 2011 Webby Award and a comment on politicians’ distortion of facts.
In the FactCheck Mailbag, we feature some of the e-mail we receive. Readers can send comments to editor@factcheck.org. Letters may be edited for length.

Rep. Paul Ryan spreads some false and misleading information in a series of “Setting The Record Straight” web posts, in which he criticizes the president’s proposed budget and promotes …

Sen. John Barrasso mistakenly claimed that "57 percent of doctors don’t want new Medicare patients," which isn’t true. His own spokeswoman admits he got it wrong.
National surveys have put the number who don’t take new Medicare patients as low as 14 percent, and a big American Medical Association survey last year showed only 17 percent of all physicians said they were "restricting" Medicare patients (either taking none, or just some).
The Wyoming senator — who is also a physician —

FactCheck Mailbag, Week of April 26-May 2

This week, readers sent us comments about the Rev. Franklin Graham and President Barack Obama’s budget speech.
In the FactCheck Mailbag, we feature some of the e-mail we receive. Readers can send comments to editor@factcheck.org. Letters may be edited for length.

We Won a Webby 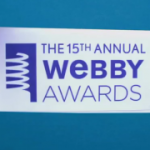 We are proud to announce that FactCheck.org has won the 2011 Webby Award in the Politics category.

Sen. Marco Rubio of Florida offered a wildly inconsistent view of what constitutes a "cut" from Medicare. Rubio claimed that Rep. Paul Ryan’s budget plan "doesn’t cut Medicare" but that the federal health care law does.
Actually, Ryan’s plan leaves in place many of the Medicare "cuts" in the health care law. And over the long-term, Ryan’s plan would "cut" or "save" (we’ll leave the word choice to our readers) even more by requiring future beneficiaries to pay a higher percentage of health care costs.