Opponents of a bipartisan Senate immigration plan say it includes “amnesty” for illegal immigrants, but that label is not strictly accurate. Although the Senate plan includes a “path to citizenship,” it also requires illegal immigrants to pay a fine, pay back taxes, learn English and then get in line for permanent legal status behind other immigrants already in the system.
The Senate’s so-called “Gang of Eight” announced the framework for an immigration policy overhaul on Jan.

In an online interview promoted by the White House, Vice President Joe Biden made the false claim that “there were fewer police being murdered … when the assault weapons ban, in fact, was in existence.” But the FBI statistics on killings of law enforcement officers show no such trend.
In fact, the number of officers killed when the ban was still in effect in 2002 — 56 — is the same number as in 2010. The numbers have fluctuated,

On WCBS radio, FactCheck.org Director Eugene Kiely discusses Sen. Chris Murphy’s claim that NRA executives “pay their salaries” by taking “a cut” of assault weapons sales. Murphy, a Connecticut Democrat, cites the NRA’s so-called round-up program as evidence that the gun-rights group “does not represent gun owners anymore.”
The fact is that some gun customers voluntarily contribute to one of two NRA organizations during gun sales and much of that money helps fund community programs, such as gun safety, 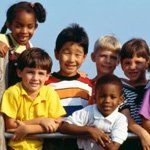 Rep. Steve Stockman of Texas claimed, “Gun bans and anti-gun laws have always led to one thing — more gun violence.” But the majority of academic research on the effect of the federal assault weapons ban, as well as restrictive gun laws in several major cities, has found no such causal link.
Rep. John Fleming of Louisiana condemned what he said was Obama’s plan to “push”

A Web video attacking Rep. John Barrow for taking “NRA blood money” selectively edits an old campaign ad in which Barrow touts his support for the Second Amendment and the NRA’s endorsement of him. The Coalition to Stop Gun Violence, which produced the video, edited out all references in which Barrow explains why he supports gun rights — including his statement that his father owned a rifle “just to keep us safe.”
Barrow’s late father, James,