President Barack Obama and House Speaker John Boehner emerged from their White House meeting on sequestration blaming each other for the automatic spending cuts and misrepresenting the other side’s position:

Obama’s remarks left the false impression that Boehner has reneged on a GOP plan to raise $800 billion by limiting tax breaks for the wealthy. Boehner offered that plan in December as an alternative to raising income tax rates. But that plan was dropped when Obama and Republicans agreed to raise rates, 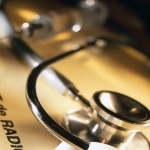 Q: Did the IRS say that the cheapest health insurance plan under the federal health care law would cost $20,000 per family?
A: No. The IRS used $20,000 in a hypothetical example to illustrate how it will calculate the tax penalty for a family that fails to obtain health coverage as required by law. Treasury says the figure “is not an estimate of premiums.”