At a campaign rally in Alabama, President Donald Trump said “the world is starting to respect the United States of America again.” Surveys suggest otherwise.

The Pew Global Attitudes Project found that citizens in 35 out of 37 countries have less confidence in Trump than they did in former President Obama. In some cases, far less confidence.

For example, 86 percent of Germans said they had “a lot of confidence” or “some confidence” in Obama, but only 11 percent said the same of Trump.

The president made his remarks about world respect at a campaign rally, which got far more media attention for his criticism of professional football players who kneel during the pregame national anthem.

Trump, Sept. 22: It’s one of the greatest honors of my life to represent the American people on that world stage. And I will tell you, the world is starting to respect the United States of America again.

We cannot find any surveys that measure “respect,” and the White House could not provide any. However, the Pew Global Attitudes Project since 2002 has been tracking world confidence in U.S. presidents and world opinion of the U.S. in general. Pew reports a sharp decline in both.

In June, the Pew Research Center released the results of its surveys in 37 countries and found that among those nations “a median of just 22% has confidence in Trump to do the right thing when it comes to international affairs.” By contrast, “a median of 64% expressed confidence” in Obama.

The decline in confidence in the U.S. president has been severe in some countries since Trump took office on Jan. 20, 2017, and it “is especially pronounced among some of America’s closest allies in Europe and Asia, as well as neighboring Mexico and Canada,” Pew found.

In addition to Germany, which we mentioned earlier, only 14 percent of French citizens surveyed said they had “a lot of confidence” or “some confidence” in Trump — a drop of 70 percentage points from the 84 percent that expressed confidence in Obama.

The biggest decline was in Sweden. Pew found 93 percent of those surveyed expressed confidence in Obama, but only 10 percent said the same of Trump.

The Pew survey shows that Trump received “higher marks than Obama in only two countries: Russia and Israel.” The increase was particularly pronounced in Russia, where 53 percent of those surveyed said they had confidence in Trump. Only 11 percent had expressed confidence in Obama.

The lack of confidence in the current U.S. president is also having an impact on the image of the U.S. in general.

“In countries where confidence in the U.S. president fell most, America’s overall image has also tended to suffer more,” Pew reports. “In the closing years of the Obama presidency, a median of 64% had a positive view of the U.S. Today, just 49% are favorably inclined toward America. Again, some of the steepest declines in U.S. image are found among long-standing allies.”

The steepest decline was in Mexico, where only 30 percent of those surveyed said that they had a favorable view of the United States — down from 66 percent in 2016.

“Favorability ratings have only increased in Russia and Vietnam,” Pew reported. 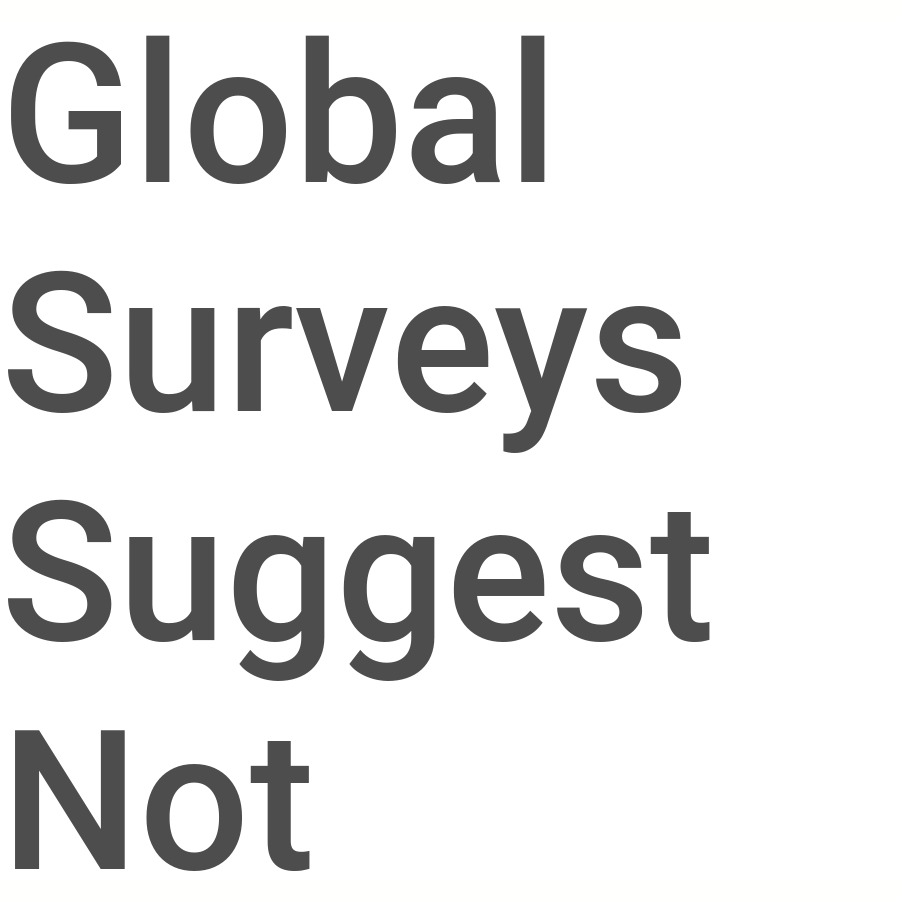 Global Surveys Suggest Not
https://www.c-span.org/video/?434480-1/president-trump-campaigns-alabama-senator-luther-strange&start=749
“The world is starting to respect the United States of America again.”
Donald Trump
President of the United States