Sen. Chris Murphy urged politicians to stand up to the National Rifle Association because while “[t]he gun lobby is certainly politically powerful … it loses as many races as it wins.” But the NRA has won the vast majority of recent congressional races in which it heavily invested.

In the wake of the mass shooting in Las Vegas, Murphy — a Democrat who represented Newtown, Connecticut, as a congressman at the time of the 2012 mass shooting at Sandy Hook elementary school — implored Congress “to get off its ass and do something” about gun control.

In an op-ed for the Washington Post, Murphy advocated for “universal background checks, permit requirements for gun ownership and bans on the most dangerous kinds of weapons and ammunition,” all things that he says a majority of Americans support. Those kinds of changes haven’t come, he said, because “the gun lobby has rigged the official and unofficial rules of the game to prevent common-sense change.”

Murphy, Oct. 2: In the coming days, Republicans who call for sensible changes in our laws will be told that their position is politically unsustainable — the gun lobby will defeat them if they advocate for gun-safety laws. But even this is a fiction: In 2016, four states had gun-law referendums on their ballot, three passed. The winners of three top U.S. Senate races — New Hampshire, Pennsylvania and Nevada — all won with the support of advocates in the anti-gun-violence movement. (Two Democrats and one Republican, by the way). The gun lobby is certainly politically powerful, but it loses as many races as it wins.

But election records show the NRA won far more often than it lost when it heavily invested in federal campaigns.

Murphy mentioned three Senate races in 2016, but the NRA only invested substantially in one of them. The NRA spent $106,000 advocating for Republican Joe Heck, and $2.4 million opposing Democrat Catherine Cortez Masto in the Nevada Senate race. And Masto won. But the NRA simply stayed out of the Pennsylvania Senate race and spent relatively little in New Hampshire.

According to data from OpenSecrets.org, the NRA invested nearly $22 million in independent expenditures (not directly to the campaigns) in Senate races in 2016. More than 96 percent of it was spent on seven races. The candidate backed by the NRA won six out of those seven races (the lone exception being Nevada).

The NRA spent no money in indirect expenditures in the Pennsylvania Senate race won by Republican Sen. Pat Toomey. Toomey drew the ire of the NRA after Sandy Hook when he co-sponsored, along with Democratic Sen. Joe Manchin, an amendment that would have expanded background checks to private sales by unlicensed individuals at gun shows and over the internet. Toomey’s grade from the NRA dropped from an “A” to a “C,” and the NRA stayed out of the race altogether. (Toomey’s opponent, Katie McGinty, got an “F” grade from the NRA.)

It’s true, as Murphy noted, that Toomey got the endorsement of a gun-control group, Everytown for Gun Safety, which ran ads supporting Toomey. But with the NRA not spending any money in the race, it’s a stretch to call that race a loss for the NRA (especially given McGinty’s “F” rating).

As for New Hampshire, the NRA spent relatively little, backing Republican Sen. Kelly Ayotte with $91,00, and spending $48,000 opposing her Democratic challenger, Maggie Hassan, who won. The $139,000 spent by the NRA in the New Hampshire Senate race was a fraction of the more than $88 million in outside spending on that race.

An analysis of the NRA’s success in 2016 was documented by Mike Spies, for The Trace, and Ashley Balcerzak, of OpenSecrets.org, under the headline: “The NRA Placed Big Bets on the 2016 Election, and Won Almost All of Them.”

In addition to its Senate successes, the NRA also spent $31.2 million — more than any other outside group — on the presidential race on behalf of Donald Trump.

“The House, under Republican control before the election, was not expected to change hands, and so it was not a priority for the NRA,” according to The Trace/OpenSecrets.org analysis. “… The group made two substantial investments in Republican incumbent candidates — just under $215,000 in Lloyd Smucker of Pennsylvania, and about $175,000 in Bruce Poliquin of Maine. Both candidates won.”

All that adds up to a banner year for the NRA.

“The 2016 election results represent a continuation of the NRA’s impressive success rate when making substantial investments in closely-contested races,” the Trace/OpenSecrets.org analysis states. “Over the three prior election cycles, the group disbursed $1 million dollars or more toward 14 congressional races, and achieved its desired outcome 11 times.”

The NRA was equally successful in the 2014 midterm elections.

“To help Republicans win back the Senate in 2014, it spent $20.6 million dollars on five key races in the upper chamber, and in each of them, its preferred candidate won,” the Trace/OpenSecrets.org story states.

An analysis of the independent election expenditures by the New York Daily News and The Trace on May 19, 2016, found that during the 2014 cycle, “the NRA poured money into 46 congressional races — and got its desired result in 72 percent of them.”

That was true in 2010 and 2012, as well, the analysis states. Although, its success rate has improved in the last two elections as it focused more on a smaller number of toss-up races.

New York Daily News and The Trace, May 19, 2016: In the 20 races in which the NRA gave the most money in indirect expenditures over the past three election cycles [2010, 2012 and 2014], the group got its desired result 15 times, the analysis by the News and The Trace found.

Moreover, the NRA’s success rate improves with the amount of money it spends on an election.

“While it’s impossible to determine the precise extent to which NRA dollars help sway an election, the analysis shows that the more the gun group spends, the more often it gets the outcome it wants,” the Daily News/The Trace report concluded.

“I’m not saying people should be politically intimidated by the NRA,” Mike Spies, one of the co-authors of the two analyses, told us.

The NRA holds more sway in some states than others, he said. And Democrats have little incentive to appease the NRA because, their analysis found, the NRA now spends almost exclusively on behalf of Republican candidates, even in instances when a Democrat in the race may have a strong, pro-gun rights record.

For example, even though former Democratic Sen. Mark Pryor of Arkansas drew praise from the NRA for voting against the Manchin-Toomey amendment, the NRA backed his Republican challenger, Republican Tom Cotton, in 2014, with nearly $2 million in independent expenditures, according to the Federal Election Commission.

And Republicans like Toomey may have their support pulled, but there’s little likelihood the NRA would back a Democratic opponent in any case, Spies said.

Some Republicans may not buck the NRA out of fear that the group would back an opponent in the primary. But with a few exceptions, Spies said, the NRA rarely spends money in Republican primary races.

In other words, there may be arguments made that the political consequences for challenging the NRA may not be as calamitous as some politicians believe, but it’s not because, as Murphy said, the NRA “loses as many races as it wins.” In recent elections, data show that when it invested substantially in an election, the NRA’s preferred candidate won more often. 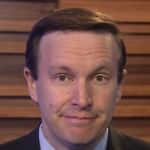