President Donald Trump claimed that the Republican tax plans in Congress would “cost me a fortune.” He has offered no proof of that, and it’s highly doubtful. Several provisions of the tax bills would benefit wealthy individuals like Trump.

This isn’t the first time that the president has claimed that a tax overhaul wouldn’t be good for him, or the wealthy, despite analyses of the tax plans that show most of the benefits accruing to the top income earners. But we can’t say exactly how the plans would impact Trump, since he has broken decades of political precedent by refusing to release his tax returns. A Democratic effort in the House to force the release of Trump’s tax returns failed this week.

Trump made his latest unsubstantiated claim about the impact on the tax plans in a speech in Missouri on Nov. 29.

Trump, Nov. 29: This is going to cost me a fortune, this thing, believe me. Believe me — this is not good for me. Me, it’s not so — I have some very wealthy friends. Not so happy with me, but that’s OK. You know, I keep hearing Schumer: “This is for the wealthy.” Well, if it is, my friends don’t know about it.

The statistical odds alone are that Trump or his “very wealthy friends” will come out ahead. According to the Tax Policy Center’s analysis of the House bill, 76.5 percent of those earning more than $1 million would get a tax cut in 2018 and 70.6 percent of them get a cut in 2027, compared with current law. Under the Senate bill, more than 80 percent of millionaires get a tax cut in both 2019 and 2027, with the average cut at more than $46,000 in the latter year.

The Joint Committee on Taxation’s analyses found that more than 50 percent of the tax relief goes to those earning at least $200,000 in 2027 under the House bill, or 2025 under the Senate bill.

Treasury Secretary Steven Mnuchin acknowledged that the wealthy would have to benefit from these tax overhauls, since they pay most of the federal income taxes. Mnuchin told Politico in October: “So when you’re cutting taxes across the board, it’s very hard not to give tax cuts to the wealthy with tax cuts to the middle class. The math, given how much you are collecting, is just hard to do.”

Here’s how Trump may be affected by some of the major tax provisions:

Estate tax. The clearest benefit for the Trump family would be the tax bills’ changes to the estate tax, which falls on estates worth more than $5.49 million (nearly $11 million for a couple). The House bill would repeal the estate tax entirely in 2024. As we’ve written before, that would save Trump’s estate $564 million, according to a Bloomberg estimate, based on a net worth of $3 billion. Trump has said his net worth is $10 billion, and if so, the savings to his estate from a repeal of the tax would be $1.9 billion.

The Senate bill would also lead to substantial savings for Trump’s estate, but less than the House bill. The Senate legislation wouldn’t eliminate the tax but would double the exemption thresholds, making the tax liable for estates worth more than $11.2 million, or $22.4 million for a couple. (Like many individual income tax provisions in the Senate bill, this is set to expire in 2025. But Republicans say they will extend the tax provisions at some point.)

See this chart from the Tax Policy Center on the major provisions of the two bills.

Pass-through taxes. The tax bills aim to lower the tax rate on some pass-through business income — these are taxes paid by sole proprietorships, LLCs, partnerships and S corporations. Such entities don’t pay corporate taxes; instead the owners or investors pay taxes on the business earnings through their individual income tax returns. On a 2005 tax return, which was obtained by DCReport.org in March, Trump reported more than $100 million in such pass-through income (reported as business income, or rental real estate, partnership and S corporation income on form 1040).

Right now, the top rate on pass-through income is the top individual income tax rate of 39.6 percent, which falls on income above $470,700 for a married couple. The House bill cuts the top rate to 25 percent for “passive” income, such as rental income and businesses in which the taxpayer isn’t materially involved, and 35.22 percent for “active” income, such as income from businesses where the taxpayer regularly works. The Senate bill is more complicated, with a 38.5 percent top rate after a 17.4 percent deduction. That deduction is limited to 50 percent of paid wages for the business entity.

Alternative minimum tax. Both bills repeal the AMT, which was designed to ensure that wealthy taxpayers pay a minimum tax. On that 2005 return, Trump paid $31 million in taxes due to the AMT.

Steven Wamhoff, senior fellow for federal tax policy at the nonpartisan Institute on Taxation and Economic Policy, told the New York Times that those last two items — lower pass-through tax rates and an AMT repeal — “are so hugely beneficial to Trump that I have trouble imagining any way that he wouldn’t come out ahead.”

The Times noted that Trump paid 24 percent of his income in 2005 because of the AMT, but would have paid just 4 percent without it.

SALT deductions. Trump, like some other high-income taxpayers from high-tax states, could see a drop in the amount he could claim as itemized deductions, because the bills would eliminate a deduction for state and local income or sales taxes. However, those state taxes aren’t deductible under the AMT. So it’s unclear how much Trump benefits from the deduction now.

Bottom line: The president needs to release his tax returns to support his claim. 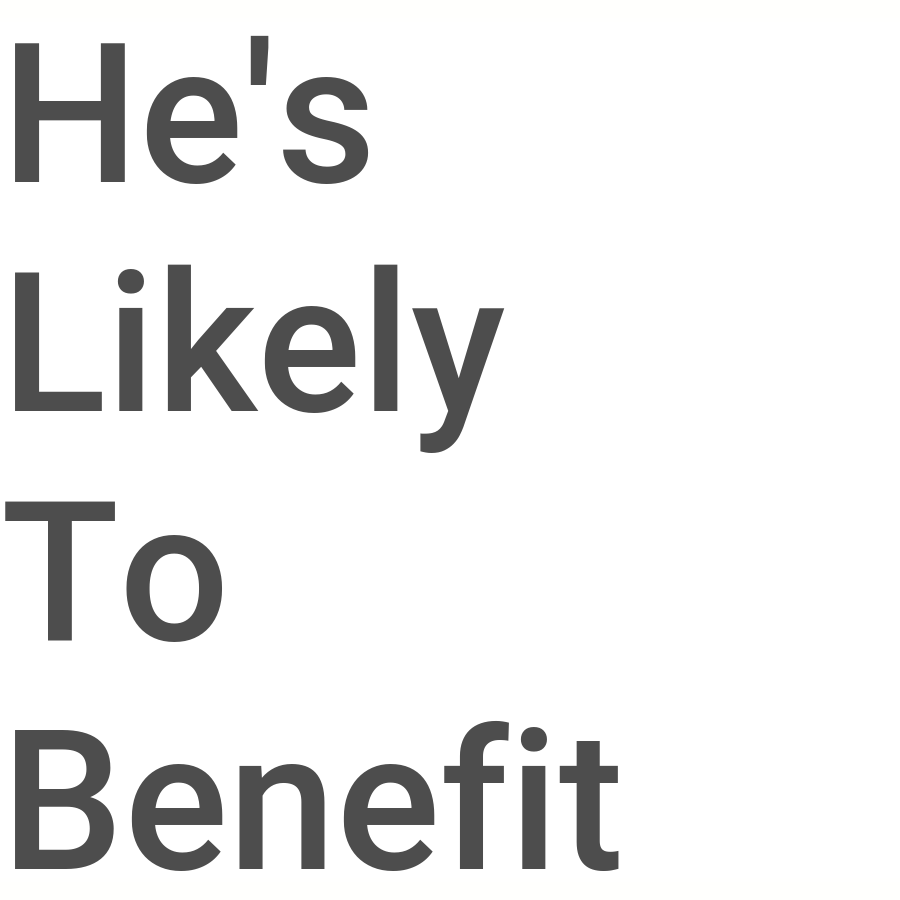 FactCheck.org Rating:
He's Likely To Benefit
The Republican tax plan in Congress "is going to cost me a fortune" in higher taxes.
Donald Trump
President of the United States
https://www.whitehouse.gov/administration/president-trump