The number of job openings has been rising since mid-2009, contrary to President Donald Trump’s boast that under his stewardship “all of a sudden, we have jobs.”

The president made his remarks during an appearance in Ohio to talk about the tax cut bill he signed into law in December. The president was discussing his poll numbers from the latest Rasmussen daily tracking poll, saying “people are smart” because they “see the jobs.”

The increase in job openings is not “all of a sudden.” The number has been steadily increasing since the Great Recession ended in mid-2009. 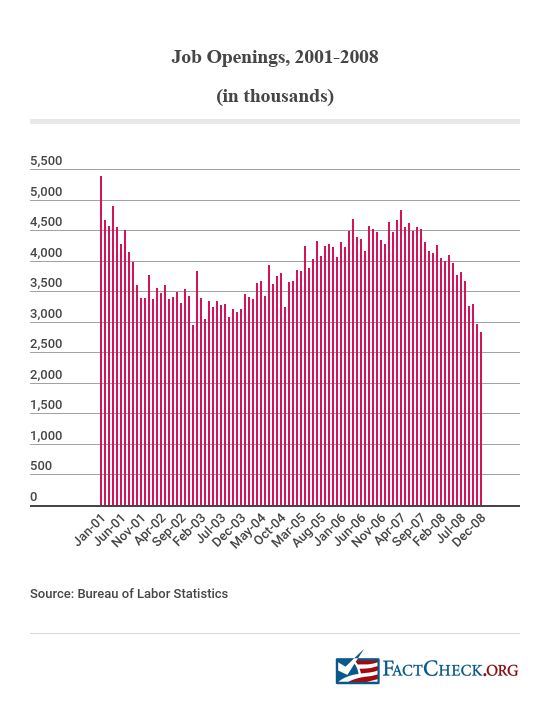 Job openings continued to decline in the first several months under Obama, reaching a low point of nearly 2.2 million in July 2009. The recession ended a month earlier in June 2009. 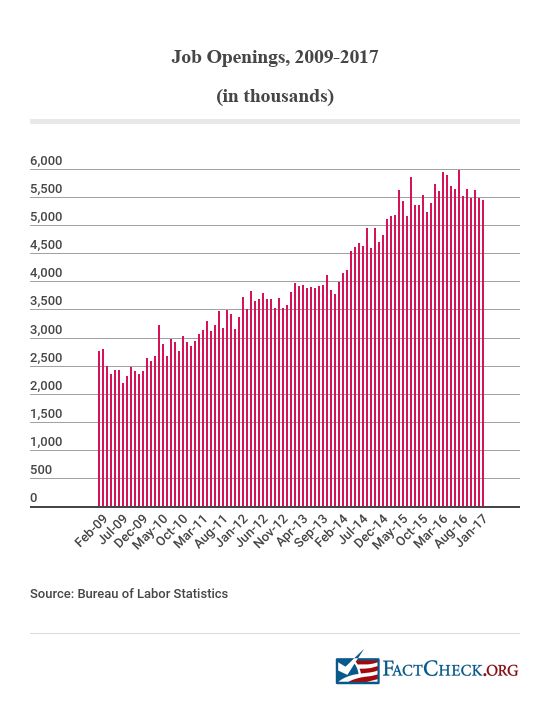 Under Trump, the number of job openings has continued to climb — breaking the 6 million mark in April 2017 and establishing a new high of 6.55 million in March, the most recent month available.

That’s an increase of 20 percent under Trump. 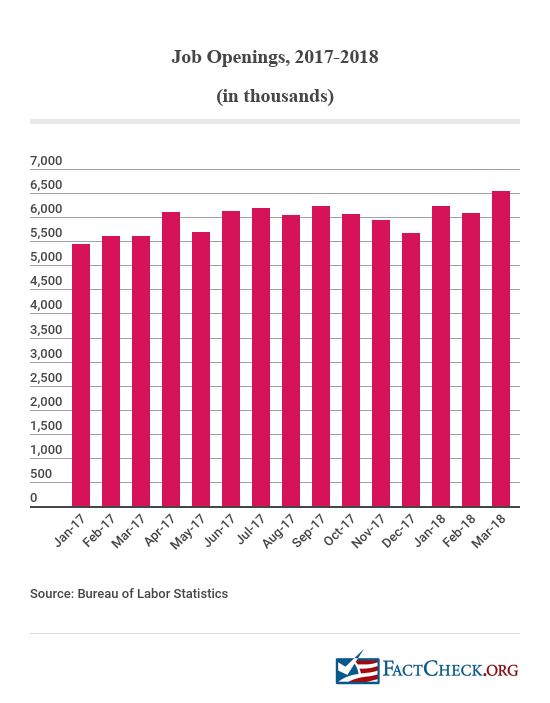 As we wrote on Inauguration Day in “What President Trump Inherits,” Trump won the election while claiming “our country is stagnant,” even though he inherited an economy that was “experiencing steady if unspectacular growth in output, jobs and incomes.”

In Ohio, Trump said employers “weren’t hiring for years and years and years,” when in fact the unemployment rate was 4.8 percent when he took office — close to what economists consider “full employment.” And he said that “all of a sudden, we have jobs,” even though the number of job openings has been steadily increasing since mid-2009.

It’s true that the job market has continued to improve under Trump. The unemployment rate, now at 3.9 percent, is the lowest it has been in nearly 18 years, and the number of job openings reached new heights. But the president disregards the facts when he claims these economic improvements have suddenly happened.

FactCheck.org Rating:
Spins the Facts
"We have a lot of job openings. And people that weren’t hiring for years and years and years — all of a sudden, we have jobs."
Donald Trump
President of the United States
https://www.whitehouse.gov/administration/president-trump