Rudy Giuliani falsely claimed that when Donald Trump Jr. and other Trump campaign officials agreed to meet Natalia Veselnitskaya at Trump Tower in June 2016 “they didn’t know she was a representative of the Russian government.”

The president’s son agreed to the meeting after he was told he would meet with a “Russian government attorney” and was promised “official documents and information that would incriminate Hillary [Clinton] and her dealings with Russia.”

Giuliani, the former mayor of New York City who is now one of President Donald Trump’s private attorneys, made his remarks on NBC’s “Meet the Press.” Host Chuck Todd and Giuliani discussed whether the June 9, 2016, meeting with Veselnitskaya represented evidence that the Trump campaign colluded or attempted to collude with Russia.

Giuliani, Aug. 19: She didn’t represent the Russian government, she’s a private citizen. I don’t even know if they knew she was Russian at the time. All they had was her name.

Giuliani: Well, they knew it when they met with her, not when they set up the meeting. You, you told me, you, you asked me, you know, did they show an intention to do anything with Russians? Well, all they knew is that a woman with a Russian name wanted to meet with them. They didn’t know she was a representative of the Russian government and indeed, she’s not a representative of the Russian government. So, this is much ado about nothing.

It’s not true that Trump Jr. “didn’t know she was a representative of the Russian government.”

Let’s recap exactly what the president’s eldest son was told about the meeting.

As we have written, emails later released by Trump Jr. show that he was expecting to talk with a “Russian government attorney” who was going to provide “very useful” information on Clinton from the Russian government.

A June 3, 2016, email from music publicist Rob Goldstone said that Russian pop star Emin Agalarov had asked Goldstone to contact Trump Jr. on behalf of his father, Aras Agalarov, a Russian real estate developer who has ties to Donald Trump Sr., including his 2013 Miss Universe pageant in Moscow.

“The Crown prosecutor of Russia met with his father Aras this morning and in their meeting offered to provide the Trump campaign with some official documents and information that would incriminate Hillary and her dealings with Russia and would be very useful to your father,” Goldstone wrote in the June 3, 2016, email. “This is obviously very high level and sensitive information but is part of Russia and its government’s support for Mr. Trump — helped along by Aras and Emin.”

Trump Jr. responded minutes later, saying that “if it’s what you say I love it.”

Four days later, Goldstone emailed again to “schedule a meeting with you and The Russian government attorney who is flying over from Moscow.” Shortly after, Trump Jr. suggested a time and place for the meeting, saying, “How about 3 at our offices? Thanks rob appreciate you helping set it up.”

There is no evidence to date that shows Veselnitskaya provided any incriminating information at that Trump Tower meeting, and there is dispute over whether she is a “Russian government attorney” or an attorney who works closely with Russian government officials.

In testimony last year before the Senate Judiciary Committee, Veselnitskaya said, “I would be honored to be an attorney of the Russian Government, but I do not work for the Government of Russia.” But the Associated Press reviewed documents earlier this year that it said showed Veselnitskaya “worked more closely with senior Russian government officials than she previously let on.”

Regardless, that doesn’t change the fact that the president’s son agreed to the meeting after he was promised dirt on Clinton from a Russian government official — contrary to Giuliani’s claim.

FactCheck.org Rating:
False
When Donald Trump Jr. and other Trump campaign officials agreed to meet Natalia Veselnitskaya at Trump Tower in June 2016 “they didn’t know she was a representative of the Russian government.”
Rudy Giuliani
President Trump's attorney
https://www.nbcnews.com/meet-the-press/meet-press-august-19-2018-n901986 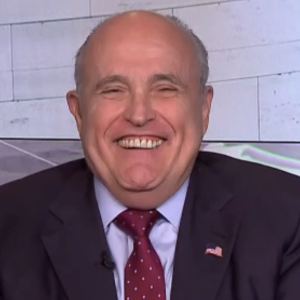