Editor’s Note: This is one of a series of stories examining what Democrats are saying about Supreme Court nominee Brett M. Kavanaugh and what Kavanaugh’s record shows on these issues.

Democrats have described Brett Kavanaugh as “a true Second Amendment radical” who is “far outside the mainstream of legal thought” — more conservative than the late Justice Antonin Scalia. The criticism stems from Kavanaugh’s dissent in a 2011 appeals court ruling that upheld the District of Columbia’s law banning semi-automatic rifles.

Sen. Dianne Feinstein cited the judge’s 2011 dissent in her opening remarks on the first day of Kavanaugh’s confirmation hearing before the Senate Judiciary Committee on Sept. 4.

Here we take a look at Kavanaugh’s record on the Second Amendment.

What Democrats are saying: “I’m left with the fact that your reasoning is far outside the mainstream of legal thought and that it surpasses the views of Justice Scalia, who was clearly a pro-gun justice,” Feinstein said at the Sept. 4 hearing. “Even Scalia understood that weapons that are like M-16 rifles or weapons that are most useful in military service can in fact be regulated.”

Similarly, Sen. Chris Murphy of Connecticut tweeted on July 9: “Brett Kavanaugh is a true Second Amendment radical. He believes assault weapon bans are unconstitutional, a position way out of the judicial mainstream, far to the right of even late Justice Scalia.”

What Kavanaugh’s record shows: Whether a Supreme Court that includes Kavanaugh would expand gun rights and strike down some existing gun laws is a “significant question,” said Amy Howe, a SCOTUS Blog writer who co-taught Supreme Court litigation at Stanford Law School and Harvard Law School.

“Kavanaugh’s track record suggests that he might be willing to do so for at least some gun laws, although he does not regard the Second Amendment as creating an absolute right to have or carry a gun,” Howe wrote in a July 27 blog.

In a landmark decision in 2008, District of Columbia v. Heller, the Supreme Court found that the Second Amendment protects private gun ownership, and struck down portions of a D.C. handgun ban on those grounds. After that decision, D.C. passed gun legislation that prohibited semi-automatic rifles and the possession of magazines with more than 10 rounds of ammunition, and required gun owners to register their firearms.

Dick Heller, the plaintiff in the 2008 Supreme Court case, again challenged the District’s new law. The case never reached the Supreme Court, but it was heard in the U.S. Court of Appeals for the District of Columbia, where Kavanaugh is a circuit judge.

Kavanaugh wrote that the Supreme Court in Heller determined that guns in “common use” and not “dangerous and unusual” cannot be banned, but those that have been traditionally banned, such as short-barreled shotguns or automatic M-16s, can remain prohibited.

“In disapproving D.C.’s ban on handguns, in approving a ban on machine guns, and in approving longstanding regulations such as concealed-carry and felon-in-possession laws, Heller established that the scope of the Second Amendment right – and thus the constitutionality of gun bans and regulations – is determined by reference to text, history, and tradition,” Kavanaugh wrote.

Under questioning by Feinstein on Sept. 5, Kavanaugh said he merely applied the Supreme Court’s Heller test in writing his dissent, saying semi-automatic rifles “seemed to fit common use and not being … a dangerous and unusual weapon.”

“Now, whether I agree with that test or not was not the issue before me,” Kavanaugh told Feinstein. “I have to follow the precedent of the Supreme Court as it’s written, and that’s what I tried to do in that case.”

Howe, writing on SCOTUS blog, said Kavanaugh’s “discussion of the proper test to use to review gun laws suggests that he might be willing to uphold some gun laws, such as those requiring a license to carry a concealed weapon, as long as they are consistent with the history and tradition of regulating guns.”

What Democrats are saying: Feinstein said Kavanaugh’s dissenting opinion shows that his position on the Second Amendment “surpasses the views of Justice Scalia.”

What Kavanaugh’s record shows: In Heller, Scalia wrote that “the Second Amendment right is not unlimited,” but examples he gave for which weapons are unprotected did not include a blanket statement about “assault weapons.” He instead relied on the “common use” argument, protecting arms in widespread use historically, leaving open the possibility that he, like Kavanaugh, would be against banning semi-automatic rifles.

Moreover, in Friedman v. City of Highland Park, Scalia later joined a dissent with Justice Clarence Thomas that suggested he believed semi-automatic rifles should be protected. The 2015 dissent stated that “[r]oughly five million Americans own AR-style semiautomatic rifles … that is all that is needed for citizens to have a right under the Second Amendment to keep such weapons.”

In comparing Kavanaugh to Scalia, Feinstein, sponsor of the Assault Weapons Ban of 2018, said, “Even Scalia understood that weapons that are like M-16 rifles or weapons that are most useful in military service can in fact be regulated,” suggesting that Kavanaugh believes that M-16 rifles are constitutionally protected. But Kavanaugh specifically said in the 2011 Heller v. District of Columbia dissent that the Supreme Court in Heller ruled that “shotguns and automatic ‘M-16 rifles and the like’ are not in common use and have been permissibly banned by Congress.”

Compounding the problem is a semantic debate over the term “assault weapons,” a persistent source of disagreement in the ongoing battle over gun control and gun rights.

While Heller II notes that “assault weapon” refers to “certain brands and models of semi-automatic rifles, pistols, and shotguns,” Kavanaugh objected to that terminology. He accused others of using “assault weapons” as a “rhetorical term,” and instead suggested that handguns are the real assault weapons because they are “used far more often than any other kind of gun in violent crimes.” Under Kavanaugh’s assumption, the Supreme Court would have already forbidden a ban on assault weapons, in the 2008 Heller decision.

While he did not support the ban on semi-automatic rifles, Kavanaugh did acknowledge that “fully automatic weapons, also known as machine guns, have traditionally been banned and may continue to be banned after Heller.”

We should also note that, if confirmed, Kavanaugh would replace outgoing Justice Anthony Kennedy, who sided with Scalia in opposing the District’s handgun ban.

Public Safety vs. the Right to Bear Arms

What Democrats are saying: In her opening remarks at the confirmation hearing, Feinstein expressed concern that Kavanaugh would not properly weigh public safety concerns when considering new laws restricting gun use, sale and possession.

“If the Supreme Court were to adopt your reasoning, I fear the number of victims would continue to grow and citizens would be rendered powerless in enacting sensible gun laws,” said Feinstein, who authored the 10-year national ban on certain semi-automatic assault weapons, which expired in 2004, as part of the Violent Crime Control and Law Enforcement Act of 1994.

What Kavanaugh’s record shows: It is true that in his 2011 dissent, Kavanaugh rejected the argument that public safety concerns in the District of Columbia overrode the constitutional right to bear arms.

Kavanaugh said, as a longtime resident of the District, he is aware of the gun violence and “greatly respect[s] the motivation behind the D.C. gun laws at issue in this case.” But he said his job is to follow the precedents of the Supreme Court, not decide what is “the best policy.”

“If our job were to decree what we think is the best policy, I would carefully consider the issues through that different lens and might well look favorably upon certain regulations of this kind,” he wrote. “But our task is to apply the Constitution and the precedents of the Supreme Court, regardless of whether the result is one we agree with as a matter of first principles or policy.”

“In order to apply Heller’s test to this prohibition, we must know whether magazines with more than 10 rounds have traditionally been banned and are not in common use,” Kavanaugh wrote. 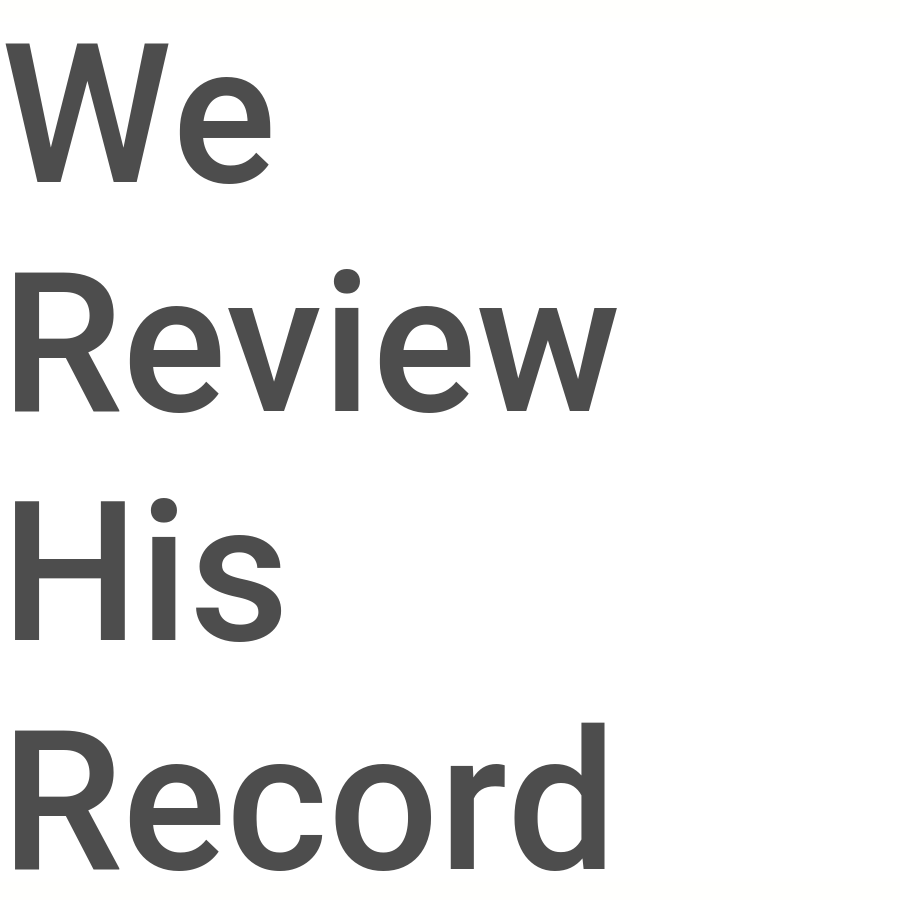 FactCheck.org Rating:
We Review His Record
Brett Kavanaugh's "reasoning is far outside the mainstream of legal thought and ... surpasses the views of Justice Scalia, who was clearly a pro-gun justice.”
Sen. Dianne Feinstein
Democratic Senator
https://cdn.factcheck.org/UploadedFiles/Feinstein-thumb.png 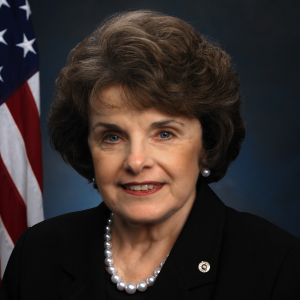