President Donald Trump went on the attack against Michael Cohen, saying his former personal attorney is a “weak person” trying to avoid jail time by “lying” about negotiations with Russian officials about a possible Trump Tower development in Moscow. But the president twisted several facts in service of his points.

Cohen pleaded guilty on Nov. 29 to lying to two congressional committees investigating Russian interference in the 2016 presidential election. Cohen admitted that in an attempt to shield Trump from investigation and scrutiny, he misled Congress about the extent and duration of negotiations with Russian officials about a possible Trump Tower development in Moscow. Contrary to what he told Congress — that those talks broke off in January 2016 — Cohen said they continued, with Trump’s knowledge, until June of that year, after Trump had become the presumptive Republican nominee.

Cohen ‘Making Up a Story’?

Trump claimed that Cohen is “making up a story,” but there is evidence to support what Cohen is now saying.

The “paper that Michael Cohen wrote” refers to a two-page letter that Cohen submitted to the House and Senate intelligence committees on Aug. 28, 2017, and/or a Sept. 19, 2017, written statement to the Senate intelligence committee before he was scheduled to testify. The letter and written statement included some information about the Trump Organization’s proposal to build a residential and commercial building in Moscow.

But, according to the special counsel’s charging document, Cohen’s statements about the Moscow project were “false and misleading.” Cohen, by pleading guilty, admits the facts in the charging document are accurate.

Trump’s position is that Cohen told Congress the truth last year, but now he is “making up a story.” Let’s go through what Cohen said last year and what evidence the special counsel’s office presents that supports the version of events that Cohen now says is true. (We should note that the evidence disclosed in the plea agreement may not be all of the evidence that the government has in the case.)

Cohen told Congress that the Trump Organization dropped the project in January 2016 “before the Iowa caucus and months before the very first primary.” But the charging document says Cohen “discussed efforts to obtain Russian governmental approval for the Moscow Project” as late as June 2016, which is after Trump had enough delegates to become the party’s nominee.

“Cohen discussed the status and progress of the Moscow Project with Individual 1 on more than the three occasions Cohen claimed to the Committee, and he briefed family members of Individual 1 within the Company about the project,” the court document says. “Individual 1” is also identified as the “owner of the company,” meaning Trump.

Cohen told Congress he emailed a Russian official seeking help with the Moscow project, but he did not receive a response. But, in his plea agreement, Cohen admits that he did. The special counsel’s office cites the existence of emails and at least one phone call between Cohen and “the personal assistant to Russian Official 1.”

In a phone call with the Russian official’s assistant on Jan. 20, 2016, “Cohen requested assistance in moving the project forward, both in securing land to build the proposed tower and financing the construction.”

Cohen also told Congress he did not travel to Russia in connection with the Moscow project, according to the charging document. But Cohen did not tell Congress that he agreed to go to Russia to discuss the project and took steps to arrange for Trump to travel to Russia to discuss it as well. The special counsel’s office cites messages that Cohen exchanged with “Individual 2,” who was Cohen’s contact with Russia.

“I had a chat with Moscow,” Individual 2 wrote to Cohen on May 4, 2016. “ASSUMING the trip does happen the question is before or after the convention … Obviously the pre-meeting trip (you only) can happen anytime you want but the 2 big guys where [sic] the question. I said I would confirm and revert.” In response, Cohen wrote, “My trip before Cleveland. [Individual 1] once he becomes the nominee after the convention.”

But on June 14, 2016, Cohen had informed Individual 2 that he would not be traveling to Russia.

‘Everybody Knew’ About Trump Tower Moscow

Trump said the Trump Tower Moscow project described by Cohen was “a very public deal” that “everybody knew about” and “was written about in newspapers.” Not at the time.

The fact that the Trump Organization was negotiating for the development of a Trump Tower in Moscow even during his presidential campaign wasn’t publicly known until Aug. 28, 2017, seven months into Trump’s presidency. As the Washington Post reported at that time, Cohen reached out to Russian President Vladimir Putin’s personal spokesman in mid-January 2016 with an email seeking to revive stalled negotiations over the project.

According to the Post, “Cohen told congressional investigators in a statement Monday that he did not recall receiving a response from [Putin’s spokesman] or having further contact with Russian government officials about the project.”

That was widely reported. But again, that was seven months into Trump’s presidency.

That Trump was generally interested, prior to his campaign, in pursuing a major development in Moscow was certainly known for years. As the New York Times reported on Jan. 16, 2017, just prior to Trump’s inauguration, Trump had flirted with a tower development in Moscow for more than two decades, without success. The Times wrote then that “by the time Mr. Trump entered the presidential race, he had failed to get any real estate development off the ground in Russia. But it was not for lack of trying.”

But as we said, the fact that business dealings between the Trump Organization and Russian officials continued well into Trump’s presidential campaign wasn’t public information until August 2017. At that time, it was widely reported that Cohen provided congressional investigators with a statement that said Trump signed a “letter of intent” during the 2016 campaign to pursue “a proposal for ‘Trump Tower Moscow.’” Cohen told Congress that Trump signed the letter of intent with a Moscow-based developer, I.C. Expert Investment Co., on Oct. 28, 2015, according to the Post.

Cohen also told Congress that in January 2016 he emailed Dmitry Peskov, the press secretary for Russian President Putin, in an attempt to gain the approvals necessary for the project. “Those permissions were never provided,” Cohen wrote in his statement. “I decided to abandon the proposal less than two weeks later for business reasons and do not recall any response to my email, nor any other contacts by me with Mr. Peskov or other Russian government officials about the proposal.”

Trump certainly wasn’t talking about that during the campaign, a fact that got lost in his statements during the Nov. 29 press conference.

Trump, Nov. 29: So Michael Cohen has made many statements to the House, as I understand it, and the Senate. He put out a statement talking about a project, which was essentially, I guess, more or less of an option that we were looking at in Moscow. Everybody knew about it. It was written about in newspapers. It was a well-known project. It was during the early part of ’16 and, I guess, even before that. It lasted a short period of time. …

This deal was a very public deal. Everybody knows about this deal. I wasn’t trying to hide anything.

Now, Cohen says discussions with Russian officials about the tower development in Moscow actually continued until June 2016. According to criminal information filed along with Cohen’s Nov. 29 plea deal, Cohen admitted to ongoing communication with Russian officials about the project, that he discussed these developments several times with Trump and that he agreed to travel to Russia to further the project.

The earlier, false statements were provided, Cohen acknowledged, to “give the false impression that the Moscow Project ended before ‘the Iowa caucus and … the very first primary,’ in hopes of limiting the ongoing Russia investigations,” the information states.

Cohen’s Crimes ‘Have Nothing to Do With Me’

Trump said Cohen is lying in hopes of getting a reduced sentence for “things that have nothing to do with me.” In fact, two of the charges Cohen pleaded guilty to in August were campaign finance violations related to $130,000 in hush money paid to Stormy Daniels “at the direction of” Trump.

Trump ignored those charges during his press conference when he claimed Cohen’s criminal culpability was unrelated to him or the Trump Organization.

So, very simply, Michael Cohen is lying and he’s trying to get a reduced sentence for things that have nothing to do with me.

Back in August, Cohen pleaded guilty to eight separate criminal charges, including tax evasion and bank fraud. In all, Cohen faces up to 65 years in prison.

It’s true that many of the charges are unrelated to the Trump Organization or Trump himself. And those charges unrelated to Trump carry the lion’s share of the prison liability.

But Trump is leaving out that Cohen also pleaded guilty to two campaign finance law violations, and admitted in open court that he paid $130,000 in hush money to Daniels, whose real name is Stephanie Clifford, to silence her during the 2016 presidential election at the direction of Trump. In his guilty plea, Cohen also admitted he received $420,000 from the Trump Organization to reimburse him for the payment, plus expenses and a bonus.

The two charges each carry a maximum five-year prison term. Cohen’s sentencing is scheduled for Dec. 12. 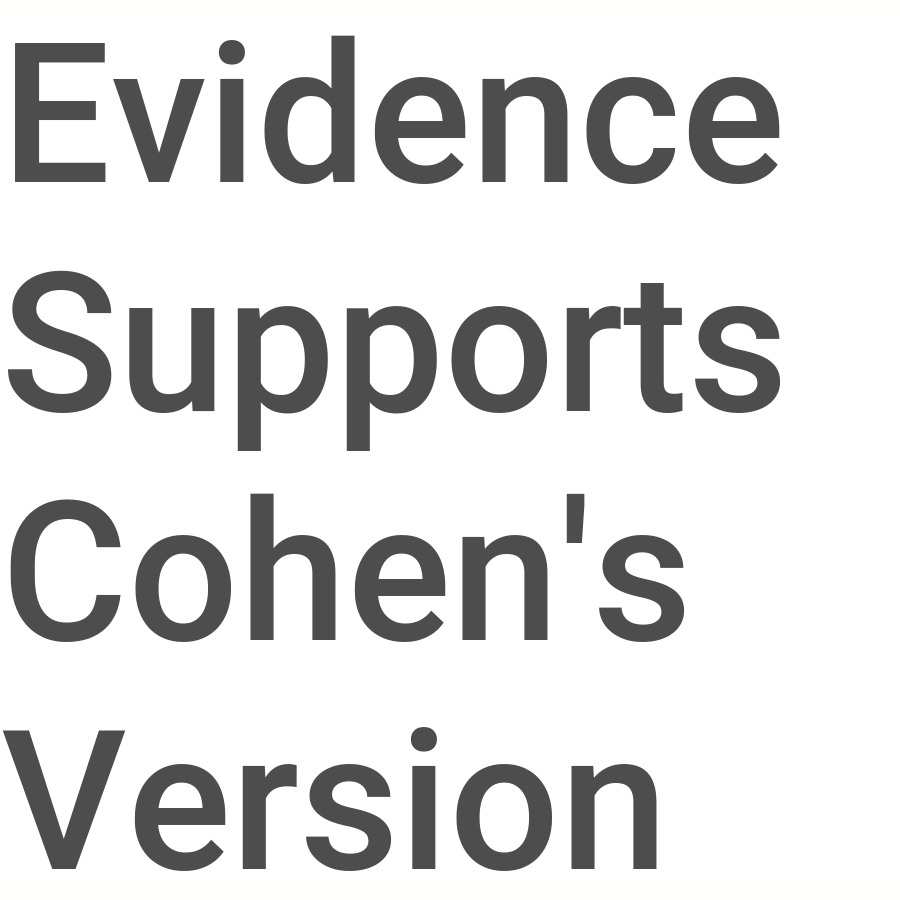 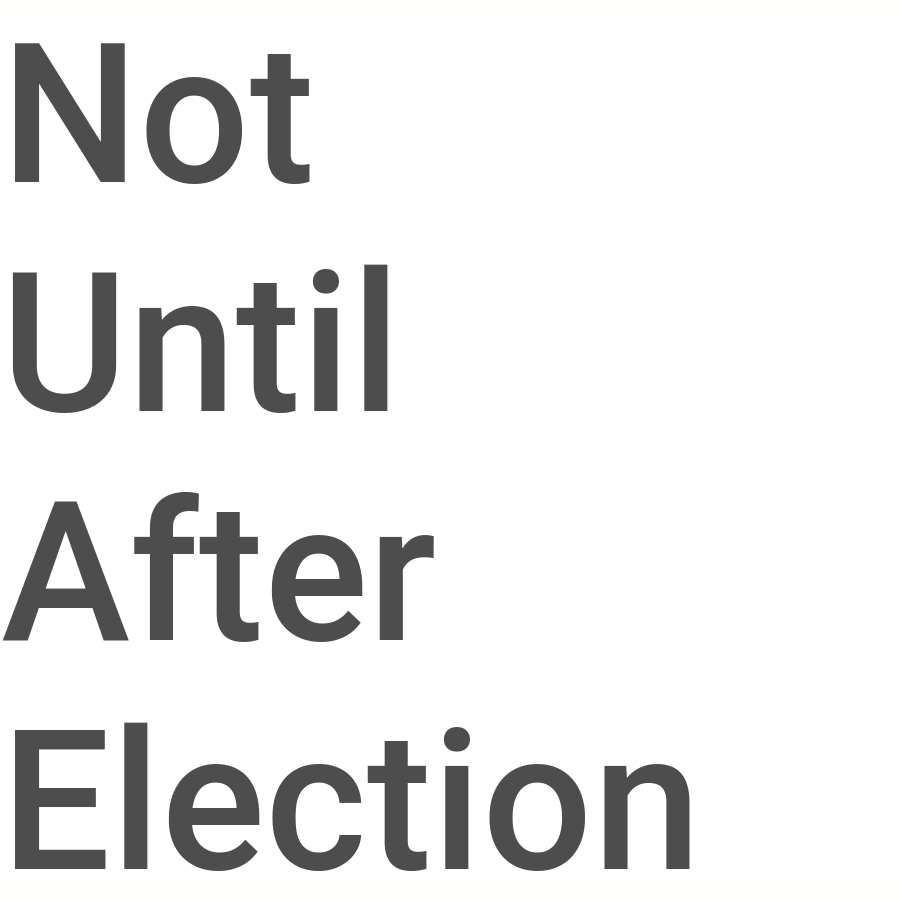 FactCheck.org Rating:
Not Until After Election
The proposed Trump Tower project in Moscow was “a very public deal” that “everybody knew about” and “was written about in newspapers.”
Donald Trump
President of the United States
https://www.whitehouse.gov/briefings-statements/remarks-president-trump-marine-one-departure-27/

FactCheck.org Rating:
False
Michael Cohen is "trying to get a reduced sentence for things that have nothing to do with me."
Donald Trump
President of the United States
https://www.whitehouse.gov/briefings-statements/remarks-president-trump-marine-one-departure-27/