Sen. Bernie Sanders tweeted that “more than half of older workers have no retirement savings.” But that figure includes retirees, not just “older workers,” and does not include workers with pension plans.

In all, 73 percent of older workers — age 55 to 64 — have defined-contribution plans, such as 401(k) plans and IRAs, and/or defined-benefit plans, such as employer-provided pensions, according to a 2015 report the Government Accountability Office produced at the request of the senator.

Sanders, a Vermont independent, ran a populist campaign for president in 2016, before losing the Democratic nomination to former Secretary of State Hillary Clinton. He is considering running again for the Democratic presidential nomination.

The senator tweeted about retirement savings over the weekend.

Today, in America, more than half of older workers have no retirement savings – zero. That is unacceptable. We must create an economy that works for all of us, not just the wealthy few.

The senator’s office said the tweet refers to a May 2015 GAO report, which examined the financial status of workers approaching retirement and retirees. The senator requested the report, and his office issued a press release in June 2015 about its findings. The senator’s press release said that “more than half of all American households with someone 55 or older have no retirement savings.”

That press release is correct. GAO reported that “52 percent of households age 55 and older have no retirement savings in a DC plan or IRA.”

But in his tweet, Sanders refers only to “older workers,” and the GAO says 59 percent of “workers approaching retirement” — households headed by those between the ages of 55 and 64 — have “some retirement savings.”

Josh Miller-Lewis, a spokesman for the senator, said the tweet was in error. “We meant to write ‘more than half of older Americans’ not workers,” he said. The senator’s Twitter feed, which is maintained by his staff, now includes a correction, added after we contacted the senator’s staff about the claim.

More important, however, GAO’s definition of “retirement savings” includes only assets accrued in “defined contribution (DC) plans such as 401(k) plans as well as individual retirement accounts (IRA).” It “does not include savings held outside of a retirement account,” and it does not include “defined benefit (DB) plans, ‘traditional’ pension plans that provide benefits based on a formula.” (Defined-benefit plans determine retirement payments according to a fixed formula based on salary, years of service and age.)

Table 1 of the GAO report shows that 41 percent of “households age 55 to 64” have no “retirement savings,” but 32 percent of them have a defined-benefit plan.

“Perhaps of greatest concern are the 27 percent of all households age 55-64 that have neither retirement savings nor a DB plan,” the report said, meaning that 73 percent have one or both types of retirement assets.

GAO’s report was based on the 2013 Survey of Consumer Finances, which is conducted every three years by the Board of Governors of the Federal Reserve System. The Fed’s 2016 survey is the most recent available. Little has changed since then for those nearing retirement (55 to 64), but there has been improvement for those 65 and older.

For those 65 and older, the Fed report shows an increase in the percentage of those with “retirement accounts,” particularly for older Americans. It went up from 48 percent in 2013 to 49.8 in 2016 for those between the ages of 65 and 74, and jumped from 29 percent to 40.8 percent for those 75 and older.

Sanders’ point is well taken: The GAO report shows that a substantial portion of older workers have little or no savings, and the percentage of employers providing pension plans has been decreasing. The GAO report, citing the Department of Labor, said that about 75 percent of private-sector workers had pension plans in 1975. As of March 2017, only 18 percent of private-sector employees had access to employer-provided defined-benefit plans, according to the department’s Bureau of Labor Statistics.

FactCheck.org Rating:
Not the Whole Story
"More than half of older workers have no retirement savings – zero."
Sen. Bernie Sanders
U.S. Senator from Vermont
https://twitter.com/BernieSanders/status/1086692118654054400 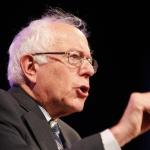