Ad Misleads on Percentage Increase in Fentanyl Seizures Under Biden 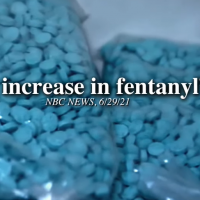 The overall increase in fentanyl seized at the southwest border under President Joe Biden is nowhere near as high as a Republican ad misleadingly claims. U.S. border officials seized 13,021 pounds of the drug in Biden’s first full 15 months in office, which is 70% more than the 7,677 pounds seized in Donald Trump’s last full 15 months as president. 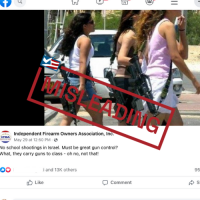 Israel has established strict measures in response to armed attacks on its schoolchildren. But social media posts falsely claim there have been “no school shootings in Israel” and use a photo to misleadingly suggest students carry weapons to class. Only guards and other specific personnel — not students — can carry arms in Israeli schools. 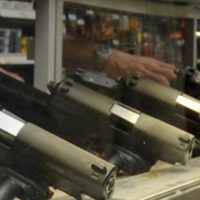 In a prime-time speech to the nation, President Joe Biden spoke about gun violence and his proposals to reduce it. Here, we answer common questions about some of the statistics the president cited and actions he proposed. 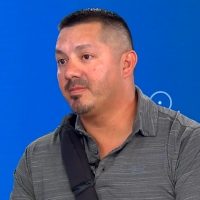 Jacob Albarado, who has been described in media reports as an off-duty Customs and Border Protection officer, helped students escape the Robb Elementary School in Uvalde on May 24. But online rumors falsely claim he was the CBP officer who killed the shooter. Albarado has said in interviews, “I didn’t shoot the guy.”